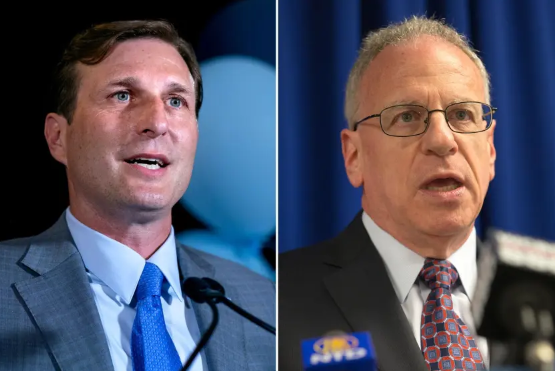 For making fun of the names of two Jewish politicians, state Assemblyman Jeffrey Dinowitz and House candidate Dan Goldman, a liberal Democratic activist organization is being charged with anti-Semitism.

The left-wing organization was established to unseat former state senators from the Independent Democratic Conference, whose alliance with Republicans had helped to retain the GOP in power.

When Democrats took control of the Senate in 2018, the IDC disintegrated, and the bulk of its members were defeated by more radical Democrats in the primaries.

In response to No IDC NY’s tweet, there was an immediate backlash from prominent Democrats who claimed the organization was engaging in anti-Semitism, particularly by utilizing a cliche about money and power.

The normalization of Antisemitism is a sign of how poisonous our politics has become. pic.twitter.com/j3hdW39Qo7

A campaign representative for Goldman, who barely won the Democratic primary for the 10th Congressional District seat last week, declined to comment. Goldman represented the House Democrats during the first impeachment process of former President Donald Trump. Goldman is the heir to the money made by Levi Strauss & Co.

Following concerns, No IDC NY removed the offensive tweet and issued an apology on Sunday.

Torres’ remark prompted a response from the organization on Twitter: “The steering committee of No IDC NY has suspended the social media account manager who sent this tweet.”

A representative from No IDC NY continued, “We apologize – no anti-Semitism was meant and we removed this after people voiced worries it may be interpreted incorrectly.

“It was a joke about the names that certainly would have been better not made, e.g. DINO stands for Dem in name only, and was not supposed to be riffing off their Jewishness, we do not tolerate anti-Semitism.”