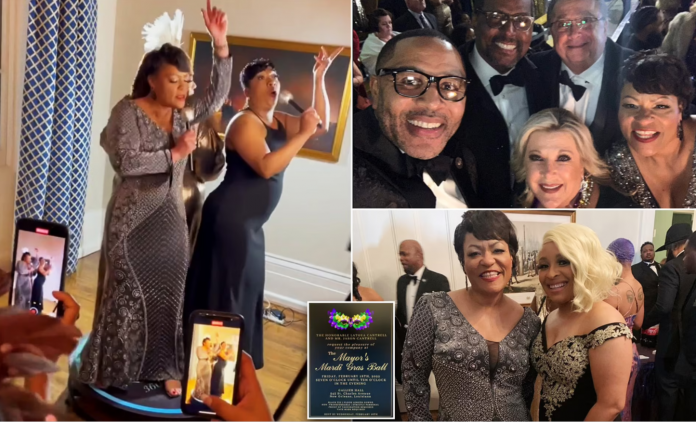 New Orleans Mayor LaToya Cantrell and others were seen without masks at an inside Mardi Gras gathering on Friday evening.

The photographs are alleged to have come from video footage that was posted after the party but then removed after being asked for further information.

The photos are said to have been taken from video footage that was posted after the party but then taken down.

Cantrell spokesman Beau Tidwell issued a statement saying that the mask guidelines and the vaccination requirement will remain in effect thru Mardi Gras.

Tidwell insisted that the mandate has not changed at all and under the current guidelines, masks may be removed indoors while eating and drinking only.

Tidwell further defended that the people in attendance remained vigilant during the parade and at the ball events.

Rodrigue mentioned that while it was a happy feeling to see the people of New Orleans are now able to return to normal and enjoy the Mardi Gras, it was infuriating to see that the city leaders are violating their very own mandate.

Rodrigue called it pretentious as these leaders are forcing everyone to wear masks, including children and vowed to put an end to this hypocrisy and privilege.