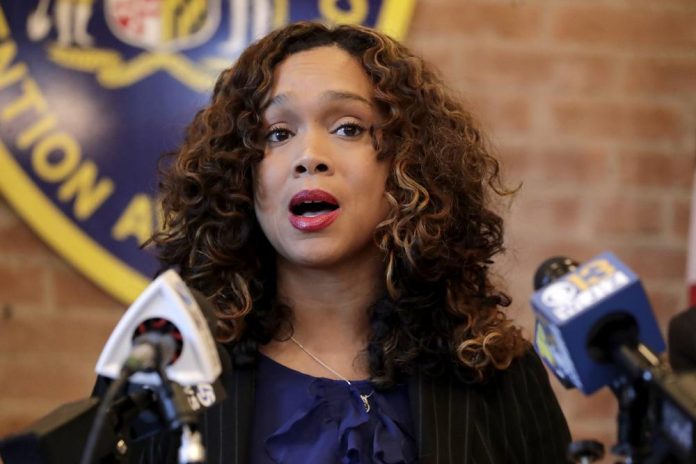 Marilyn Mosby, the state’s attorney in Baltimore, is blaming racism for the allegations of perjury and fabricating fake mortgage applications.

Despite Mosby’s allegation, the indictment details what appears to be routine political corruption.

Mosby allegedly lied about being in financial distress in order to take $90,000 from her retirement account without paying a tax penalty, according to the lawsuit. Mosby was paid her entire salary of $247,955.58 in 2020 when she took the CARES Act deductions.

According to the Associated Press, she then proceeded to mislead on two mortgage applications, failing to reveal a $45,000 tax lien against her and her husband. Mosby also wanted to rent one of the residences but disguised it in legal documents as a personal dwelling in order to obtain a mortgage.

Mosby blamed the allegations on racial animosity and emphasized that she is up for re-election in a few months. On Sunday, she declared her innocence once more at a church service, where she was warmly welcomed by a local pastor.

Mosby gained notoriety in 2015 when he rushed to charge six police officers in the killing of Freddie Gray. The case was subsequently dropped by her.

A., her lawyer, Mosby allegedly obtained professional counsel that she was able to take the funds and was uninformed of the tax lien, according to Scott Bolden, a former head of the Washington, D.C. Democrats.

Mosby faces a possible sentence of 30 years in jail for each act of mortgage fraud, as well as five years for each count of perjury.