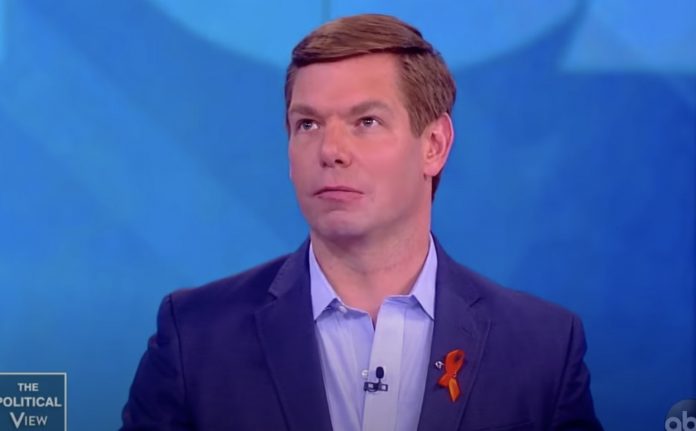 Democratic Rep. Eric Swalwell of California has spent tens of thousands of campaign dollars on limousine and booze services. Swalwell has also spent $20,000 at a Luxury hotel, where his wife used to work.

In nine separate orders, Swalwell spent $566 on “Food & Beverage” via Drizly’s alcohol delivery service. The prices ranged from $5.79 up to $124.86. Swalwell also spent $1,151 on “Refreshments”, seven trips to Capitol Hill Wine and Spirits (a local liquor store to the House side), and nearly $4,400 at two California wineries the same day for “Catering “…. While it’s possible that the payments to the wineries were made as part of a campaign event or campaign, it is unclear if the seven Capitol Hill liquor store charges and nine Drizly charges were related.

FEC records show that the California Democrat spent more than $7,000 at D.C.’s finest restaurants and steakhouses. Swalwell also appears to have eaten 13 meals in-person at Charlie Palmer Steakhouse, O-Ku Sushi, and STK Steakhouse in Downtown New York City. These expenditures were listed as “Catering” by the FEC website. However, those expenditures could also be from campaigns held in the capital.