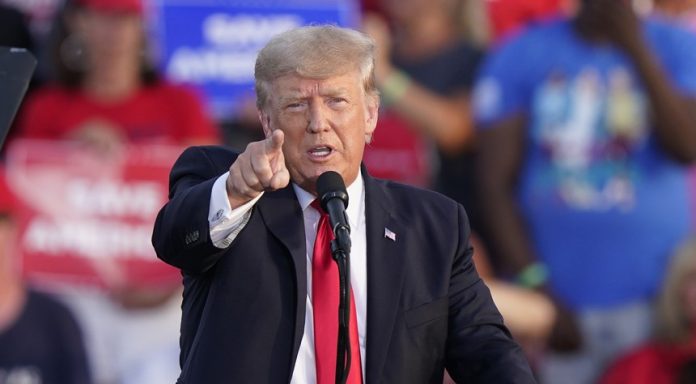 We’ve heard much talk about’misinformation over the past few days, both from the Biden team as well as the media.

Ironically, however, the Biden administration as well as the liberal media are the largest purveyors misinformation.

Consider the statement President Donald Trump made today. It was a “dangerous turn of events as Trump flirts in anti-vaccine sentiment,” according to a Politico editor. But that doesn’t reflect what Trump actually said.

A dangerous turn of events as Trump flirts with anti-vaccine sentiment. pic.twitter.com/aQBd7Z3ilc

However, that doesn’t mean you have to be anti-vaccine. Trump is taking credit for the creation of the vaccine. He is also pointing out that Joe Biden is failing to do the same in his efforts to get the job done. This is a comment about the work that Biden has done, and not an encouragement to people to oppose vaccines.

Trump is right to say that Biden is sending the wrong message if he is trying to convince vaccine-sceptical people. People from all political parties, as well as both sides of the political spectrum, are refusing to be vaccinated. It’s their right. A lot of the hesitancy stems from distrust in government. It is not possible to build trust in government by demonizing people or having government operatives go from door to door. This only makes people more worried. That’s exactly what the Biden administration has done.

When they spread lies like this, media has no conscience. This is true whether they were lying either back when they lied about the vaccine under Trump or now. You can read the statement Trump issued and see the interpretation is a lie. Yet they still lie, and their base still believes them. They continue to spread lies after lies.