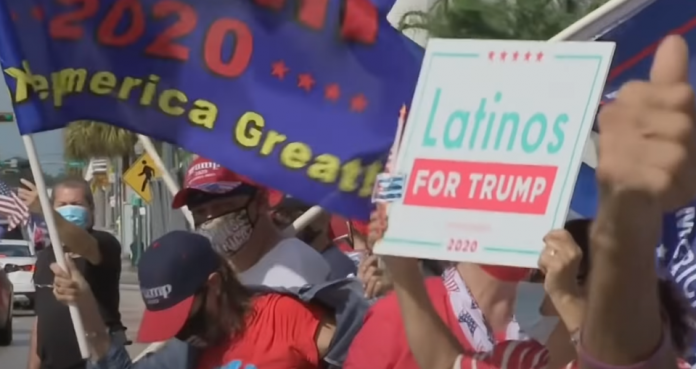 The Democratic Party has traditionally had a stronghold on the Latino vote, but new surveys reveal that the blues are losing their original electoral base as their policies become more progressive.

Many Latino voters are transferring their allegiance to Republicans, according to statistics given in a Marist poll last week. In the poll, 52 percent of Latinos indicated they would vote Republican, while just 39 percent said they would vote Democrat.

Left-wing data analyst David Shor argued that things like the Texas municipal elections, the New Jersey elections, the Nassau County elections, and the Virginia races all indicate to Hispanics not only snapping back but continuing to grow more Republican in relative terms than they were before.

A "major wakeup call for Democrats" as a new poll shows 52% of Latino voters would back Republicans in the midterm elections. pic.twitter.com/rT5hKESqtm

Hispanic support for the Democrats is on the decline, and in the 2020 presidential election campaign, Latino support for Biden has declined by 8 percentage points since Hilary Clinton’s campaign in 2016, from 71 percent to just 63 percent in four years.

Although California and Arizona are outliers, Madrid claims that the tendency is widespread throughout the country.

Both experts believe that the Democrats have lost touch with the difficulties and worries of ordinary working-class Americans, instead focusing on a group of mostly white, champagne socialists and social media fighters who are engaged in pushing for increasingly ludicrous, outrageous ideas.

Part of the difficulty is the enormous growth in individuals who identify as liberal in the party, and according to Shor, during the last four or five years, liberals have for the first time become the dominant element in the Democratic Party.

According to Pew Research Center statistics, Democratic voters who identify as liberal increased from 37% to 47% between 2012 and 2019.