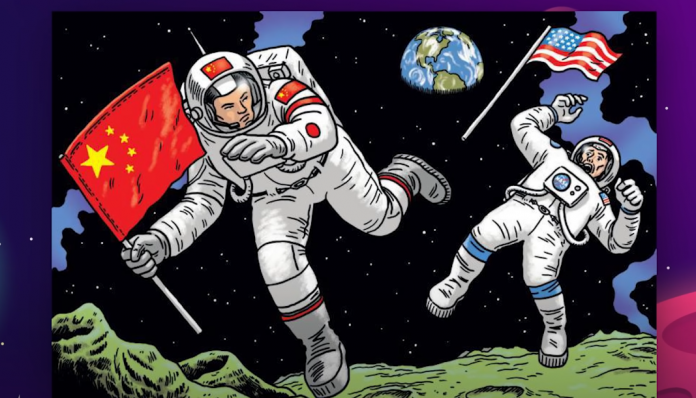 Russia and China intend to hold a comprehensive discussion about how to proceed with the building of a lunar outpost.

“I plan to hold detailed dialogue with our Chinese colleagues on our cooperation in this direction before the end of May,” Dmitry Rogozin, the chief executive of the Russian space agency Roscosmos, stated.

As they continue to be at odds with the US and its Western allies, the expansion of Russia and China’s combined activities in space indicates a deepening of their partnership.

Russian-Western ties in space have worsened in recent months, after Russian President Vladimir Putin’s invasion of Ukraine. The Russian government threatened to crash the International Space Station into the Earth in February, in retaliation to Western sanctions on the Russian economy, by failing to provide the satellite with the propulsion technology and resources needed to maintain it in orbit.

As a result of the story, the Russian government has decided to withdraw its assistance for the International Space Station program as long as Western sanctions remain in place.

Despite this, Russia’s cosmonauts are still on board the International Space Station, performing experiments according to a schedule set by the Russian government.

“We should not hurry now declaring our stance,” Rogozin told TASS, a state-owned Russian news outlet. “We will carry on with our work within the timeframe set by the government, which is until 2024.” The future of the International Space Station will be heavily influenced by the evolving situation in Russia and the surrounding region.”

Earlier this week, a team of European and American astronauts landed at the International Space Station, while Russian cosmonauts completed a 7-hour and 42-minute spacewalk. The Russian cosmonauts used the spacewalk to show the “Victory Banner” from the Soviet period, which first flew in Berlin at the end of WWII.

“Cosmonaut Oleg Artemyev voiced an idea several days ago to spread the Victory Banner in the open space and wrote about it to the Roscosmos press office,” Dmitry Strugovets, a Roscosmos spokesperson, stated. His plan received widespread approval. No one was uninterested.”