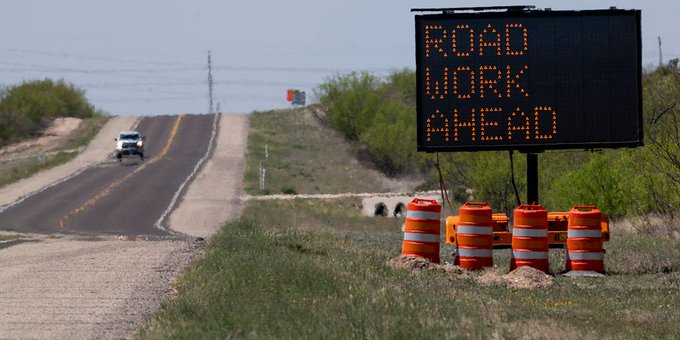 This week, sections of the central and eastern United States have seen triple-digit temperatures, and the intense heat has damaged some of the country’s highways.

All throughout the week, different regions of the country have received heat alerts; on Thursday, heat advisories were still in force from Texas to the beaches of Georgia and Florida.

With temperatures forecast to rise beyond 100 degrees, a few Florida locations might experience some of the highest temperatures ever seen on Thursday.

Driver alert: extreme heat could cause pavement buckles across the state.
If you see buckling on your route, try to avoid driving over it and call 911 to report it. Pavement buckles are emergencies and we fix them ASAP. Learn more at https://t.co/M5Bhlr4njX pic.twitter.com/MGV2bWfcVo

Texas saw severe heat on Wednesday, which led to a road bleeding. The Texas Department of Transportation claims that the high temperatures caused the glue used to create the asphalt road in Crockett to liquefy and leak onto the road’s surface.

According to Oaks, the remedy entailed saturating the hot area of road with water to cool it down.

Earlier this month, the Minnesota Department of Transportation voiced worry over buckling roadways. The organization advised motorists to be alert for the hazard and contact 911 if they notice any buckled pavement in a tweet.

For at least the upcoming week, the heat wave appears to be sticking around. The eastern two-thirds of the country is forecast to have above-average temperatures through July 6, according to the Climate Prediction Center.