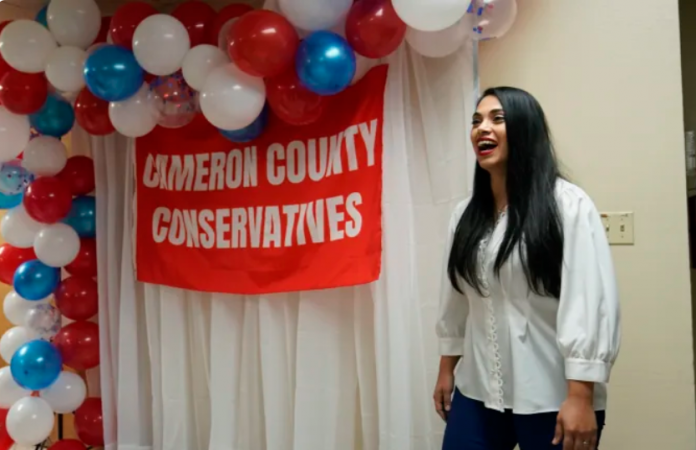 Rep.-elect Mayra Flores blamed Democrats for not giving Latino voters enough attention for her victory in a special Texas House election on Sunday.

“Sunday Morning Futures With Maria Bartiromo,” Flores stated in a statement made on “They feel entitled to our vote, making the same promises over and over and really not making nothing happen.”

Democrat Rep. Filemon Vela, who left Congress to work for a lobbying business, had held the seat in South Texas until Flores was elected on Tuesday. In a vote that concerned national Democrats, she beat Democratic attorney Dan Sanchez.

In talking about the topics that influenced the election, Flores told Bartiromo,  “The main issue is inflation. The cost of living. Everyone is extremely pissed off, angry at the Biden administration because of the increase of gasoline, groceries, and medication. That is hurting them tremendously, not only here in South Texas but in the entire country. Of course, the border crisis is something we see here right behind our backyards. It is not something that we need to be told by the news.”

The immigration procedure for people who want to enter the nation legitimately has to be improved, according to Flores, who was brought to the United States from Mexico as a young child.

Though it came with a catch due to redistricting, she will face Democratic Rep. Vicente Gonzalez in a rebuilt version of her district in the fall. Her triumph has been heralded as another example of Latinos progressively flocking to the Republican Party. Democratic candidates are thought to have a slight advantage in that district.

Flores voiced optimism for the autumn season on Sunday.