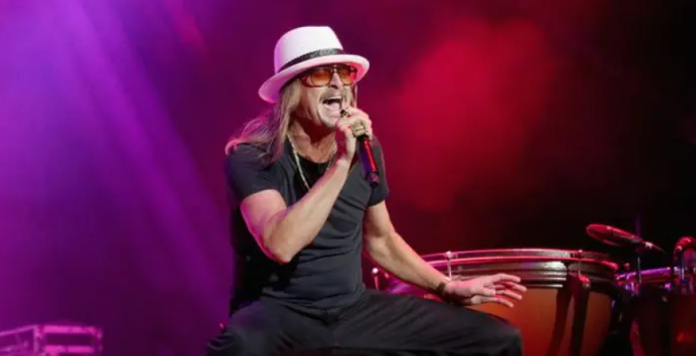 In an interview for “Life of a Rockstar,” the latest episode of Tucker Carlson Originals on Fox Nation, musician Kid Rock said he would seriously explore running for political office in the future.

He added, however, that he had no plans to run against Michigan Governor Gretchen Whitmer in the near future. He answered, “No, I like my day job,”

In Michigan, the deadline to appear on the ballot was April 19. Kid Rock lives in three different states: Michigan, Tennessee, and Florida.

I have had a ton of emails and texts asking me if this website is real… https://t.co/RRVgISDFeq The answer is an absolute YES. pic.twitter.com/uYCUg6mjW1

“I believe if you work your butt off and pay taxes, you should be able to understand and navigate the laws, tax codes, health care and anything else the government puts in place that affects us all,” he originally stated.

After refusing to run, he ended up backing Republican contender John James in the race.

Over the last decade, the musician, who is best known for tunes like “Bawitdaba” and “All Summer Long,” has been increasingly involved in American politics.

He also stated that he is always purchasing new firearms. From a Civil War cannon to an MP5 machine gun and vintage police firearms, he has it all. Kid Rock believes that if someone breaks into your house, you should shoot them.

Despite not voting for Barack Obama, Kid Rock played at an MTV ball commemorating his inauguration in 2009. He was a surrogate for Mitt Romney’s presidential campaign during the 2012 election. At events throughout the campaign, his song “Born Free” was performed. He is pals with Donald Trump, the former president whom he backed in 2016.

Kid Rock’s new album, “Bad Reputation,” is being hailed as a musical response to cancel culture, the US government’s COVID-19 reaction, and the mainstream media.

At his performances, Trump broadcasts a video message in which he begs the audience to “Make America Rock Again.”