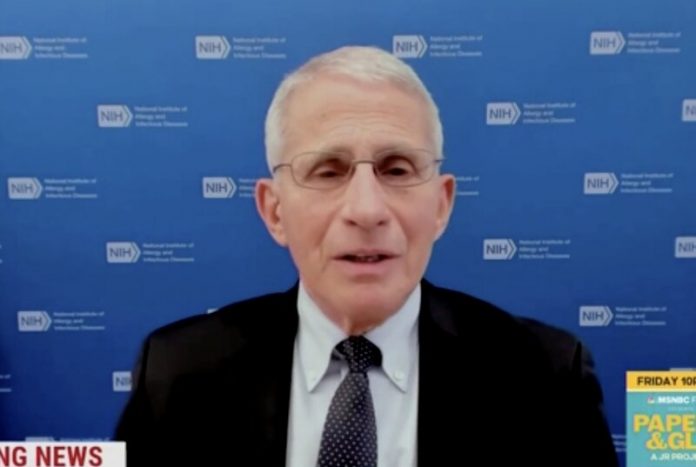 Dr. Anthony Fauci made a statement on MNSBC, claiming he respects free will. However, he quickly dismissed it because we are in “unusual times” and continued to say so.

“Is there any thought in backing off of that and trying to avoid all of the outcries against it?” asked left-wing anchor Andrea Mitchell.

“Yeah, but, you know, Andrea, we really have to get people vaccinated. I mean, I understand and we all understand how people do not like to be told what to do. They want to make their own choice, their own free will. I get that and I respect that. But these are unusual times,” Fauci stated.

“And you can’t think only of yourself and your own personal opinion, but you have to think about your communal responsibility to get yourself and your family and, indirectly then, the community protected. So I would prefer, and we all would prefer, that people be voluntarily getting vaccinated. But if they’re not going to do that, sometimes you have to do things that are unpopular, but that clearly supersede individual choices and are directed predominantly at the communal good. That’s what we’re talking about when we’re talking about requirements,” he then added.

WATCH IT ALL UNFOLD HERE:

The administration took more and more steps in order to violate our rights as American citizens.

This won’t stop until they are voted out of power.