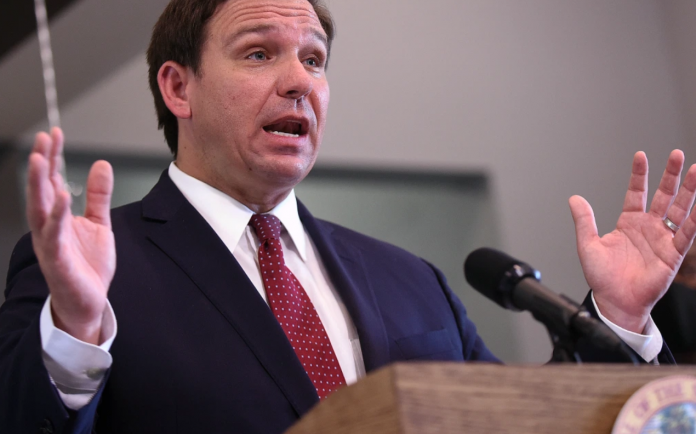 Florida Gov. Ron DeSantis on Monday signed a bill requiring public school students”to reflect and to be able to pray as they see fit” for a couple of minutes every day during first period.

“It’s something that’s important to be able to provide each student the ability, every day, to be able to reflect and to be able to pray as they see fit,” DeSantis said during a Monday press conference. “The idea that you can just push God out of every institution, and be successful — I’m sorry, our founding fathers did not believe that.”

Florida is also one of 15 other countries that encourage public school pupils to take part in a minute of silence, a legislative analyst told The Associated Press.

Democratic State Sen. Jason Pizzo encouraged HB 529, stating the students will not be asked to pray during those minutes set aside by colleges.

“It’s like a moment of meditation, relaxation, connection,” he said.

A lot of DeSantis’ press conference focused on Florida’s Jewish community and the state’s support for Israel. The governor also signed a bill on Monday ensuring the operations of volunteer ambulance services for Orthodox Jews, who rely on volunteer ambulances to help overcome religious sensitivities that prevent some people from using traditional emergency services.

Rabbi Sholom Lipskar introduced the governor and possible 2024 Republican presidential candidate as a “great governor and future world leader” during the conference.

“Every family in our nation ought to have the ability to send their kids to school and know they will be protected from injury and have the ability to practice their religion,” DeSantis said in a Monday statement. “I am pleased to sign these bills now to help safeguard religious freedom in Florida and increase the security and safety of our Jewish communities.”

He continued: “I shall continue to be certain in Florida we root out anti-Semitism, and that each and every day we show our support for Israel and our Jewish communities.”

HB 529 also encourages parents to discuss the practice of participating in a moment of silence at school and does not allow for suggestions regarding the nature of the prayer or reflection students might choose to participate in.

Commissioner of Education Richard Corcoran said the bill “lets families to start those ongoing conversations with their child on which they might reflect on during the moment of silence, and help them use this time as an opportunity to prepare for the upcoming day.”