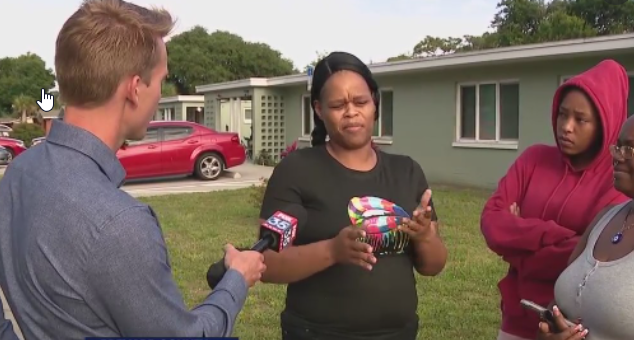 A Florida lady has been arrested months after she reportedly threatened to blow up her son’s high school unless the cafeteria employees gave him extra food for lunch.

The woman’s family, on the other hand, claims the cops got the incorrect individual.

According to authorities, the threat was placed in a voicemail to Cocoa High School on February 3rd. The next morning, school staff members listened to the message and notified the Cocoa police.

Despite the fact that the school was evacuated, no firearms or explosive devices were discovered.

Despite the fact that the caller did not leave their name on the message, authorities stated the phone number was logged by the school’s caller ID.

Anaya Smith, 41, was arrested on Wednesday and accused with making a fake bomb threat and disrupting a school.

Smith’s phone number was recorded on the school’s caller ID, and an officer recognized Smith’s voice from the message. However, according to Johnson, her sister was mistakenly identified.

”She doesn’t have that number. That’s not her number,” Johnson stated.

According to reports, her child got into an altercation with a cafeteria worker on February 3 because he demanded more food, according to a resource officer.

The student listed in the report, according to Smith’s family, is not Smith’s son.

Johnson further commented, “Not her son, not her telephone, not her anything. It’s all going to be cleared up and we’re going to take care of her. But there are definitely some people who need to be held accountable because this is not the way that it’s supposed to go.”