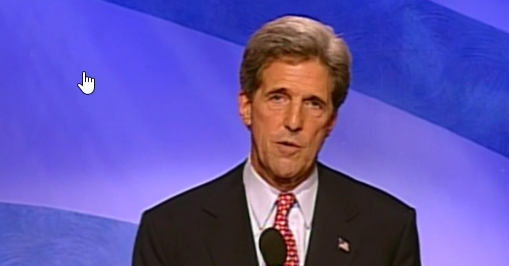 John Kerry, the US Special Presidential Envoy for Climate Change, issued a warning to the domestic natural gas sector on Thursday, stating that producers only had a limited period of time to reduce emissions.

Kerry, who was nominated to the position by President Joe Biden in January 2021, said Bloomberg in an interview on Thursday that the federal government has to put the natural gas business on notice. Producers must demonstrate that they are using carbon capture technology to minimize their emissions profile or migrate away from their current business model, he said.

He continued, “If you can capture the emissions literally, genuinely then you’re reducing the problem. We have to put the industry on notice: You’ve got six years, eight years, no more than 10 years or so, within which you’ve got to come up with a means by which you’re going to capture, and if you’re not capturing, then we have to deploy alternative sources of energy.”

According to Resources for the Future, carbon capture and storage (CCS) is an advanced technology that absorbs emissions from fossil fuel power plants before they enter the environment. CCS-equipped facilities may collect 90-100 percent of the carbon dioxide released.

Furthermore, increased dependence on natural gas, facilitated by the development of fracking techniques, has allowed the United States to lead the world in carbon reductions over the previous decade. Kerry agreed during the interview on Thursday that natural gas emits approximately half as many pollutants as coal when burnt.

Kerry’s statements sparked a backlash from fossil fuel industry groups, who said they would freeze the market and cause price fluctuations.