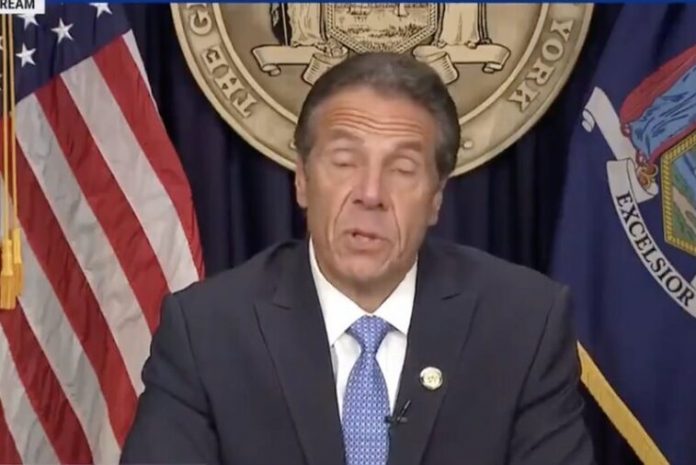 Gov. Andrew Cuomo resigned Tuesday after being accused of sexual harassment. This comes a year following his national praises for his daily briefings and leadership during the worst days of the COVID-19 pandemic.

The 63-year old Democrat, who was both defiantly and chastened at times, denied that he had intentionally mistreated women and said that the political pressure to his expulsion was politically motivated. He said, however, that fighting back in such a “too hot” political environment would lead to months of turmoil for the state.

“The best way I can help now is if I step aside and let government get back to governing,” Cuomo said in a televised address.

The third-term governor’s resignation, which will take effect in two weeks, was announced as momentum built in the Legislature to remove him by impeachment and after nearly the entire Democratic establishment had turned against him, with President Joe Biden joining those calling on him to resign.

The decision came a week after New York’s attorney general released the results of an investigation that found Cuomo sexually harassed at least 11 women.

Investigators said he subjected women to unwanted kisses; groped their breasts or buttocks or otherwise touched them inappropriately; made insinuating remarks about their looks and their sex lives; and created a work environment “rife with fear and intimidation.”

Cuomo was also under fire for concealing thousands of COVID-19-related deaths among his nursing home patients.

Lt. Governor Kathy Hochul, a 62-year-old Democrat and former member of Congress from the Buffalo area, will become the state’s 57th governor and the first woman to hold the post. Cuomo’s resignation was in New York’s best interests and she said it was the right thing to do.

The #MeToo-era scandal cut short not just a career but a dynasty: Cuomo’s father, Mario Cuomo, was governor in the 1980s and ’90s, and the younger Cuomo was often mentioned as a potential presidential candidate. He was still planning to run for reelection 2022, even as the scandal grew.

Republicans celebrated Cuomo’s departure, but they still called for impeachment to prevent him from ever running again. Nick Langworthy, the chair of the state GOP, stated that Cuomo’s resignation was a ploy to avoid any real accountability.

Biden stated at the White House that he respected the governor’s decision. However, he also said Cuomo had done “a helluva job” on voting rights and infrastructure, and that’s “why it’s so sad.”

“From the beginning, I simply asked that the governor stop his abusive behavior,” Lindsey Boylan, the first woman to accuse Cuomo publicly of harassment, tweeted Tuesday. “It became abundantly clear he was unable to do that, instead attacking and blaming victims until the end.”

Cuomo is still facing criminal charges. Several prosecutors in the state are continuing to investigate. At least one of his accusers filed a criminal complaint.