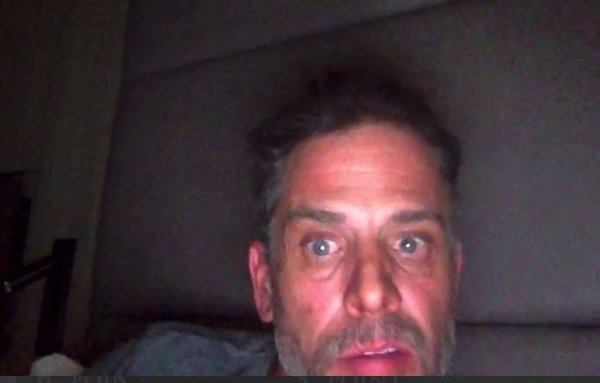 Fox News host Sean Hannity criticized the FBI for not adequately investigating Hunter Biden’s claims that Russian drug dealers had stolen one of his laptop computers.

Hannity pointed out that the bureau had the laptop Hunter Biden left at a Delaware repair shop last year. The contents of the laptop have been the subject of numerous revealing reports detailing different aspects of corruption and foreign influence since last fall.

Earlier Wednesday, the Daily Mail published a report highlighting a newly obtained new video from the laptop in which the president’s son claims that Russian drug dealers stole another of his laptops to use as blackmail while he was overdosing on drugs in a Las Vegas hotel room.

According to the outlet, Hunter Biden may have lost three laptops in all — one left at the repair shop and another confiscated almost two years ago by the FBI. The third, allegedly stolen by Russians, is still missing.

Hannity suggested on his show that President Joe Biden might also be at risk from the loss of the third computer.

“The Daily Mail has now has now released the shocking video of a naked Hunter,” Hannity began. “It shows and suggests that Joe Biden himself may be compromised by the Russians.”

The host demanded then to know why the FBI took so long to investigate.

“Reportedly back in 2019, talking with a woman about how he apparently had another laptop and it was stolen while he was drugged out in a hotel room and people were wondering if he was even alive,” Hannity continued.

“He references dealers that The Daily Mail is reporting are Russian, and saying the laptop had pictures of him engaged in sex acts and other of Hunter’s – let’s just call them ‘Hunter moments,’” the host continued, noting that Hunter Biden bragged several times in the video of making “a gazillion dollars.”

Hannity suggested that while the initial “Russia hoax” allegations against Donald Trump were true, they only apply to Hunter Biden.

“Based on, what, three-plus years about all of the Russia conspiracy hoax lies about Donald Trump, the dirty Clinton bought-and-paid-for dossier – let’s see, hookers urinating in a bed in the Ritz-Carlton in Moscow and everything else. Isn’t it starting to seem it’s Hunter Biden?” said Hannity.

“That everything the media lied to you about and tried to claim that was true about Donald Trump may be true, but not about Trump?” he asked. “Blackmail, sex tapes, and much more.’

Then he said that sources had told him that there was damaging evidence on the third notebook.

“I have three individual and separate sources that have told me that there are pictures on this laptop, probably the very things that alerted John Paul Mac, the computer repairman, to alert the FBI” in 2019, Hannity said.

“The FBI has been in possession of these laptops for quite some time. Why has there been no arrest at this point?” Hannity asked, bringing in Fox News legal analyst Greg Jarrett.

“The U.S. Attorney in Delaware has conducted a two-year investigation, and Sean, we haven’t seen subpoenas, search warrants, we certainly haven’t seen indictments and prosecutions,” Garrett said. “It really makes you wonder, what’s going on here? Is this really a sincere, vigorous investigation, or are the Bidens being protected?”