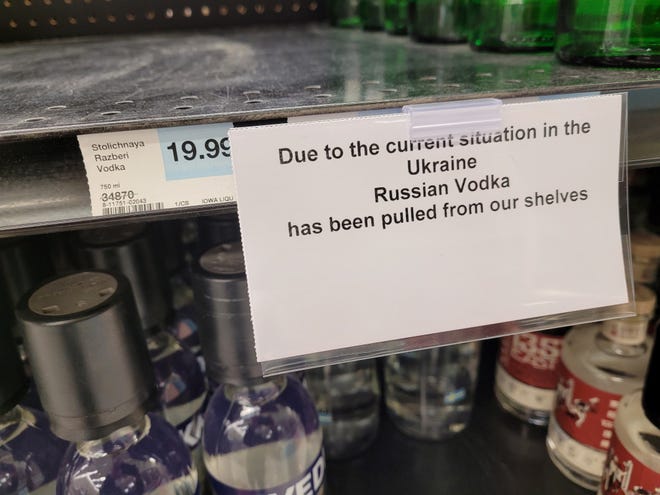 Gov. Greg Abbott of Texas sent out a tweet on Saturday afternoon requesting members of the Texas Restaurant Association, Texas Package Stores Association, and Texas merchants to remove all Russian products from their shelves voluntarily.

Some company owners in Austin are already doing so.

According to KXAN, Russian House of Austin will be dropping the word Russian from their company name. The name will be removed at 12:30 p.m. on Sunday, according to the owners.

Smirnoff and Stoli vodkas will be pulled from the shelves, according to Skeeter Miller, proprietor of County Line barbeque.

Kick Butt Coffee owner Thomas Gohring said they only carry one Russian product, Beluga Noble Russian Vodka, which they will stop carrying in support of Ukraine.

Bob Woody, the president of the East Sixth Street Community Association and the owner of 28 companies in the city, told KXAN that he will no longer buy Russian goods while the conflict continues.

The Austin establishments join a growing number of restaurants and pubs around the country who have stated openly that they will trash or remove Russian merchandise.

Many of the Texas Restaurant Association’s 50,000 members are affected, according to the organization.

During the special session, Knight said they were able to get around $180 million for Texas eateries, and they plan to distribute monies next quarter as businesses discontinue product.

People gathered in Texas’ capital, many of them with ties to Ukraine, as Austin companies pulled Russian products from their shelves.

Overnight our time, Russian forces landed in Kyiv, Ukraine’s capital. Residents were advised to stay inside and seek cover as a result of street violence, according to city officials.

The German government made a decisive move by committing extra weaponry to the conflict.