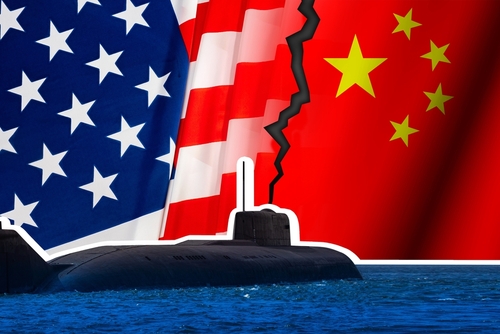 The United States has suffered greatly as a result of Joe Biden’s weakness. The incompetence and posturing of Biden and his dictatorship empowered America’s enemies, as we witnessed in Afghanistan and are seeing now in Ukraine.

The Taliban, Russia, and communist forces in Venezuela, as well as Islamists in Iran, are all examples of this. However, the same can be said of our main geopolitical adversary, Communist China.

China has been keeping a close eye on Ukraine since the incursion three days ago. As a result, China’s plans to infiltrate and finally control Taiwan have gained momentum.

The USS Ralph Johnson recently passed across the Taiwan Strait.

This is a typical maneuver to show sympathy with our Taiwanese partners and to demonstrate that we have complete authority to sail our warships through international waters.

USS Ralph Johnson (DDG-114) is transiting the #TaiwanStrait, with an USN EP-3E providing ISR support from the south. pic.twitter.com/EsnIG4E66Y

Following the normal transit, China stated that the US was acting provocatively and urged that such acts cease immediately.

China has already buzzed fighter planes into Taiwanese airspace and increased its aggressive patrols in the South China Sea since the invasion of Ukraine.

It’s evident that China is testing the waters to see if now is the right time to attack Taiwan. It is up to our military to inform them that this is not the case.

Our adversaries were encouraged by Biden’s incompetence and the Russian incursion. In the South China Sea, we need to strengthen our naval presence and make it clear that Taiwan is not there for the taking.