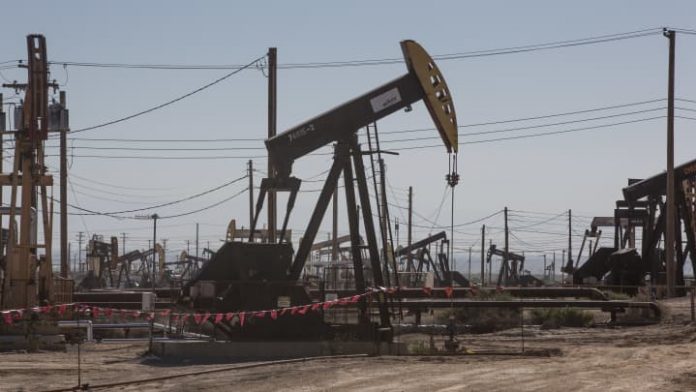 220 House Democrats voted against the Strategic Production Response Act’s consideration on Tuesday afternoon. One member of each party did not vote. Reps. Cathy McMorris Rodgers, R., Wash., and Steve Scalise, R., La., voted against the bill. ), and Fred Upton in December. The bill requires Biden’s energy secretary, to create a plan to increase U.S. natural gas production on federal lands in the event that the president releases additional oil from its reserves “for non emergency reasons.”

The Democrats’ refusal to boost domestic energy production comes weeks after Biden released 50,000,000 barrels of oil from the country’s Strategic Petroleum Reserve. This was the largest U.S. oil release ever. Over the tenure of Biden’s presidency, the average gallon of gasoline has risen by more than $1.

“It’s sad that we need to pass a measure to get energy workers back on the job in America. What’s even more pathetic is that there are those who vote against it,” Daniel Turner told the Washington Free Beacon. “Anyone who would vote against responsible energy development within our country is also voting against getting back to energy independence.”

“The Strategic Petroleum Reserve was created by Congress to respond to oil supply disruptions that may arise after a natural disaster or war. The SPR is not supposed to be tapped as a bailout for the president’s anti-fossil fuel agenda, which has led to the highest gas prices in seven years,” McMorris Rodgers said. “The Biden administration must end its hostility to producing energy here at home, and reverse the policies that have led to the cancellation of critical pipelines and endless permitting delays.”

The White House did not respond to a request for comment.