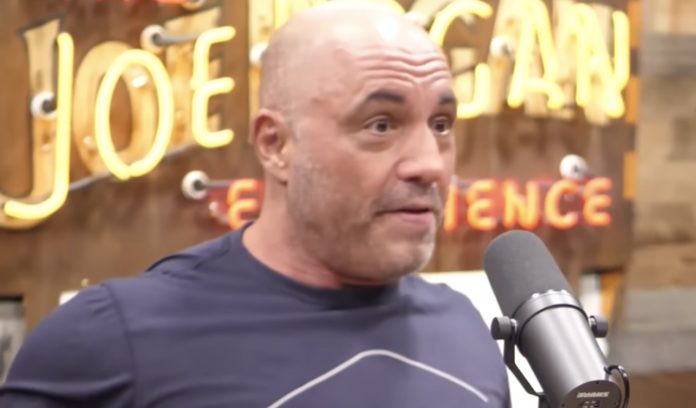 Rogan stated: “I don’t want this left-wing propaganda network, which is what CNN has become, the way I look at CNN now is so different than the way I looked at CNN 15-20 years ago.”

“I used to look at them as like, this is how I get the news. This is unbiased, professional news.”

Rogan claims that the network is embarrassing itself with “highly-polarizing editorial personalities such as Stelter or Don Lemon.”

“I think CNN is realizing that their ratings are dogs***,” Rogan explained in the wake of the network’s scandal involving star host Chris Cuomo.

CNN fired Cuomo for his role in the alleged sexual misconduct of his brother. Chris used “intel” to advise Andrew about how to respond to media reports regarding his inappropriate groping and kissing, hugging, or remarks. Chris is accused of using sources from the media to help with reporting on the governor’s accusers.

The Wall Street Journal published a shocking report that claimed ex-CNN anchor Chris Cuomo knew that CNN president Jeff Zucker was aware of his efforts to help his brother.

“Like what are you doing? Do you know? It’s just a, I think there’s a market for real news. And it’s really hard to find that now. It’s really hard, especially outside of independent sources.”

Cuomo’s attorney claimed that Cuomo’s former boss was close to her client.

A spokesman for Cuomo said, “Mr. Cuomo has the highest level of admiration and respect for Mr. Zucker. They were widely known to be extremely close and in regular contact, including the details of Mr. Cuomo’s support for his brother. There were no secrets about this, as other individuals besides Mr. Cuomo can attest.”

Rogan replied, “I personally, maybe this is just my bias, I want the news. I want objective news.”

“I want someone to tell me what are the facts of what’s going on? And what’s happening? I don’t want your ideological slant” he continued.

Chris Cuomo said in a statement that “This is not how I want my time at CNN to end but I have already told you why and how I helped my brother.”

“So let me now say as disappointing as this is, I could not be more proud of the team at Cuomo Prime Time and the work we did as CNN’s #1 show in the most competitive time slot. I owe them all and will miss that group of special people who did really important work.”

CNN President Jeff Zucker stated to employees that the network had asked a law firm it collaborated with to review the misconduct allegations against Chris Cuomo.

Zucker stated that “that investigation will continue as it relates CNN”, but it is unclear if Zucker’s conduct is being investigated.

CNN had to issue a statement following the shocking revelations made by Chris Cuomo (Fox News ), its star anchor, and his involvement in his brother’s inner circle.

NEW — CNN president Jeff Zucker told employees during a call this morning that the network has asked the law firm it worked with to conduct a separate review of the misconduct allegation made against Chris Cuomo. “That investigation will continue, as it relates to CNN,” he said.