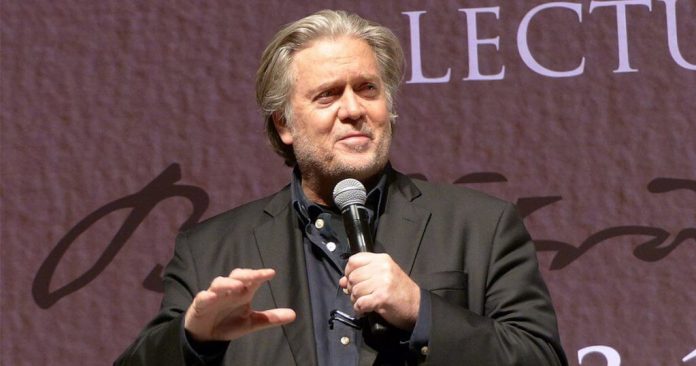 After Bannon rejected two Congressional subpoenas issued by the partisan January 6 committee, criminal proceedings were brought against him.

One subpoena asked Bannon to give a deposition, while another asked him to produce records pertaining to the Capitol disturbance on January 6, 2021.

According to the article, the defense claimed that Bannon’s constitutional rights had been violated since he was not permitted to bring any of the committee’s House Democrats—including chair Bennie Thompson—to the witness stand.

However, attorneys for the Justice Department successfully established that Bannon was aware of the deadlines but disobeyed the summonses.

October 21 has been designated as the sentencing date by U.S. District Judge Carl Nichols. According to the AP, each criminal offense carries a mandatory minimum sentence of 30 days in jail that may be increased to a year.

David Schoen, Steve Bannon’s lawyer, and others made it known that they intended to challenge the judgments.

Another illustration of how partisan politics have permeated America’s “justice” system is the jury’s conviction of Bannon. Under the Trump administration, if a partisan committee had meant to target political rivals for punishment, the mainstream media would vehemently condemn it as a serious injustice. They would be accurate, too.

But since Bannon supported Donald Trump, there won’t be any resistance to denying him his constitutional rights. Democrats are unaware of the idea that they may one day become the victims of their own lawlessness. But the Democrats will be playing with fire if the court gives Bannon the maximum penalty due to his political views.