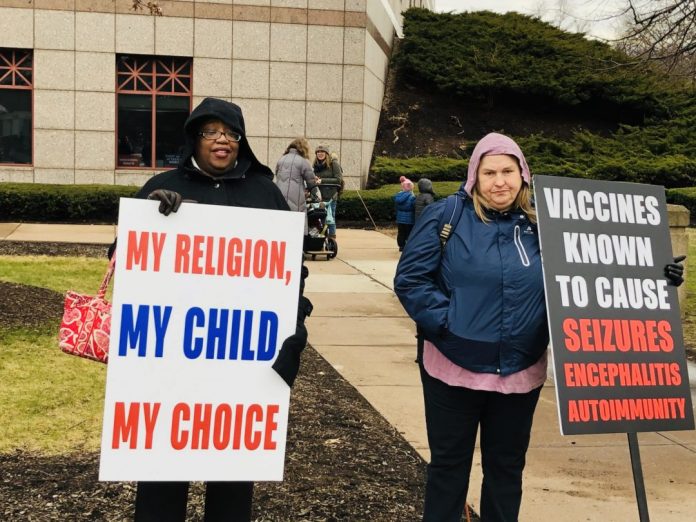 In addition to similar measures taken by state and local governments, Joe Biden has placed strict mandates on COVID-19 vaccinations at the federal level. These mandates apply to millions of workers in the U.S.

Leaked audio claimed to be the voice of a Department of Justice attorney. This suggests that the Biden administration was discussing ways to eliminate religious exemptions from the mandates.

However, the comments implicitly admit that religious exemption claims are valid and would likely stand up to scrutiny in a legal dispute if litigious.

The question of religious freedom

The audio that was leaked, which is said to be Marty Lederman, a DOJ attorney, dates back to September. It was first shared Tuesday by Jack Posobiec, on his Human Events Daily podcast.

The audio clip features Lederman’s voice, which is alleged to be Lederman’s first. It refers to a New York lawsuit that sought to challenge a growing claim that a vaccine that contained or was tested on aborted fetuses would make the recipient complicit with the “evil” abortion.

“I don’t want to say anything too categorical but I believe that this claim will be very difficult for agencies to successfully claim that’s either insincere or not religious, even if it is,” Lederman acknowledged, according to a transcript from Conservative Brief.

“Sincere but not religious”

He Said, “Even if we know that many of those claims are not sincere, or are sincere but not religious, this is the most common behavior you’re going to confront probably, and it’s likely that you will have to take as a given the employee’s claim”.

Lederman went on to say: “Not always, right, but one response that some hospitals have started to give is, ‘Well, do you know that Tylenol, and Tums, and Preparation H, those were all tested using aborted fetal cell lines, too. […] And I expect that employees will then say ‘Well, I didn’t know that, but now that you tell me that and I’ll stop using those products as well.’”

He then continued to add: “And then we will turn to the, ‘What does the government have to do once the employee makes that shown.’ And here, basically, there is a compelling interest, obviously, in keeping our workforce and the public with which we interact safe from COVID.”

Please DO NOT RT this clip of a Biden official criticizing the religious beliefs of federal workers on abortion. Devout Catholic Joe Biden would be very upset! pic.twitter.com/qW1L9bi0GC

The Post Millennial reports the audio indicates that the Biden DOJ is unsure about Americans’ religious beliefs and opposes being vaccinated against the coronavirus.

The Constitution is unavoidable, even though the White House may try. If the matter is brought to the docket, one can only hope that the courts will uphold this standard.