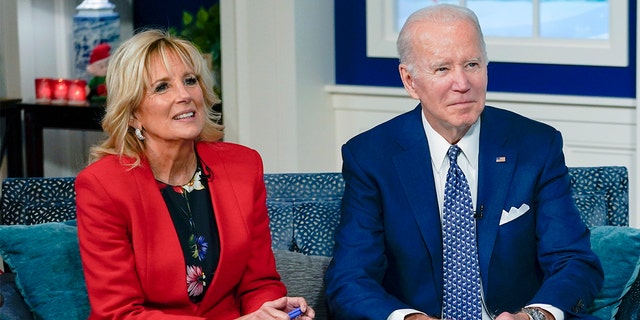 On Friday, President Biden and First Lady Jill Biden participated in a “Santa Tracker” session with NORAD officials to interact with callers looking for Santa Claus. One caller, identified as Jared from Oregon, finished his family’s conversation by stating, “Let’s go, Brandon,” a snide remark directed at the president.

Journalists in the mainstream media have now labeled the word vulgar and vitriolic, even comparing those who use it to ISIS sympathizers.

After the media identified the individual as Jared Schmeck, a former Oregon police officer, the pattern persisted. Schmeck has now claimed that the sentence has been said lightheartedly.

Senior reporter Edward Isaac-Dovere wrote that we should consider the mentality of the father with an excited child who wants to talk about Santa Claus. He also added that the excitement became higher knowing that they will be able to talk to the First Lady. He further noted that the father waited until the end to sneak in his remark in a funny and joking manner.

On a call with President Biden & First Lady Jill Biden intended for kids calling into NORAD to track Santa, a father ended the call by saying "Let's go Brandon," which is code for "F*** Joe Biden"
Biden replied, "Let's go Brandon, I agree."

Consider the mentality here of the father whose child is excited to talk about Santa Claus and then also gets to talk to the president and First Lady, but he waits out the end of the call to sneak in a cutesy way of flipping off the president on Christmas Eve: https://t.co/1Qh46eSC3q

CNN is PISSED that a parent would say "Let's Go Brandon" to Biden directly. Analyst says it's ungracious. It's juvenile. It's reprehensible…and (this is CNN)…it's about "insurrection." pic.twitter.com/vRRIZagEvb