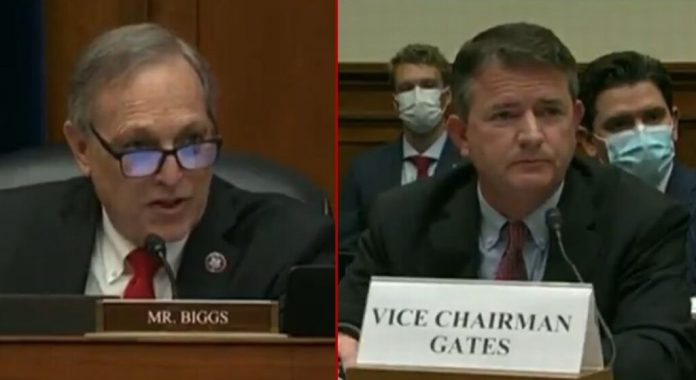 After a subpoena from Arizona Senate, a Maricopa County election official confessed that they had deleted election data from the materials given to auditors at the U.S. House Committee for Oversight and Reform hearing about the Arizona election review was a wild success.

Before the committee, Jack Sellers and Bill Gates from Maricopa County, David Becker from the Center for Election Innovation and Research and Gowri Ramachandran of Brennan Center for Justice and Arizona Senate Audit liaison Ken Bennett appeared.

Rep. Andy Biggs (R.AZ) interrogated Maricopa County Vice-Chair Bill Gates about the deletion of data from the materials that were turned over to Arizona auditors.

“Is it standard practice to delete files off a server after an election, Mr. Bennett?” Biggs asked.

“I hope not,” Bennett responded.

“So, Mr. Gates, will you agree with that?” Biggs asked.

“I would say that is it appropriate to maintain files and that’s exactly what we did,” Gates replied. “We deleted, the deleted files had been discussed, they were archived.”

“So, so you admit that you guys did delete, Maricop County did delete files off the server after the election?” Biggs pressed.

“That were – that are archived,” Gates responded.

“Yeah, and so when you released these servers and this information to the auditors to begin with, they did not have access to those archived files, at first, is that fair to say?” Biggs continued.

“They did not subpoena those,” Gates responded. “That’s correct.”