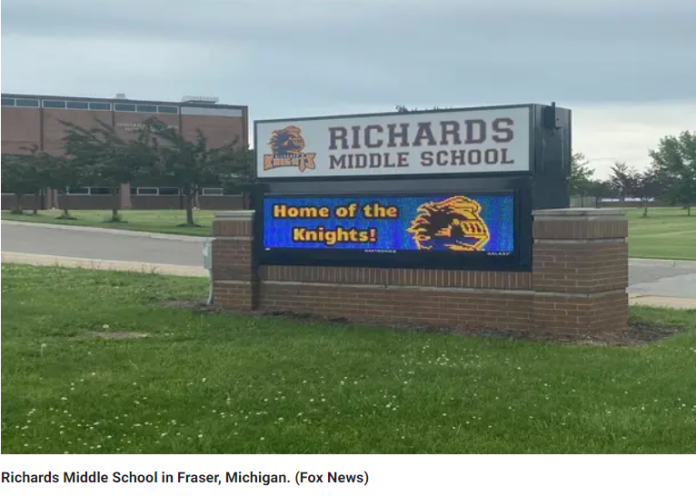 A Michigan public school is concealing a kid’s transgender status from his or her parents, allowing the youngster to use a new name and pronoun while instructing instructors not to notify the student’s mother.

In an email to teachers at Richards Middle School in Fraser, Mich., a school counselor advises them to only use the student’s birth name and use the pronoun ‘he’ while speaking with the student’s mother ahead of the school’s parent-teacher conferences. Throughout the email, the counselor identifies the biological male student by their chosen female name and pronoun, but reminds the instructors that the parent is uninformed of the transition.

A Fraser Public Schools spokesman did not deny that the district was concealing the gender status of the students from their parents, and that the district is aware of and compliance with its Title IX requirements.

The district’s compliance with Title IX, a federal civil rights legislation that bars sex-based discrimination in schools, is uncertain. Several federal cases have been filed about whether Title IX rights apply to gender identity, while the U.S. The Department of Education’s advice on transgender student protections has shifted from administration to administration.

The extent of the 2020 verdict is still up for debate, and the Supreme Court has yet to decide whether it extends to other federal legislation.

Fraser Public Schools does present a list of resources for teachers and school personnel to assist them understand gender equity problems. A link to proposed Michigan Department of Education advice that cautions against disclosing sensitive information with parents, such as gender identity, is included in the materials.