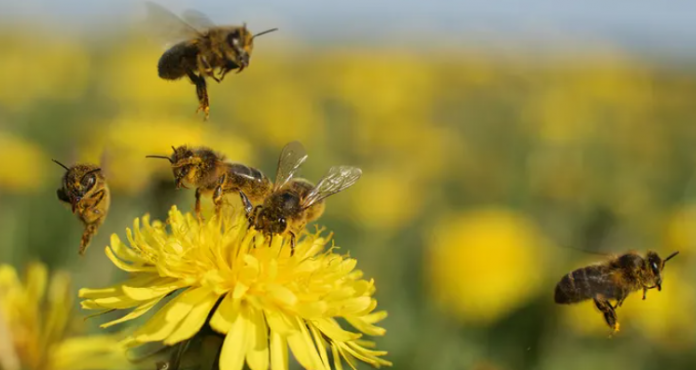 A semi trailer carrying the bees toppled on an expressway in Utah last week, unintentionally releasing more than 25 million of the insects.

On June 27, a truck carrying more than 200 beehives overturned, causing bees to swarm over Interstate 80.

The driver of the semitrailer, emergency personnel, and others were stung by the bees. Both the driver and the co-driver, who was also in the car, suffered minor wounds but were sent to the hospital for care.

When other neighborhood beekeepers showed up on the scene, they made an effort to save as many bees as they could. However, the owner of the hives would subsequently cancel them, claiming that the event is now a problem with insurance.

Sam Cohen, a beekeeper, stated that regrettably, more hives are injured than not. Only 5% of it can be salvaged.

“Every bee counts — you want to run up and see if we can help. There’s a lot of them that are dead already, so it’s kind of sad,” said fellow beekeeper Mckay Opeifa.

While workers attempted to clear up the beehives, one lane of the freeway was shut down for a while. A nearby hiking route was also closed down as a result of the bee swarm.

According to Lt. Randall Richey of the Utah Highway Patrol, the motorist reported hearing a loud explosion just prior to the collision, raising the possibility of a mechanical issue. The motorist was ticketed for driving at a speed that was too high for the circumstances after a preliminary examination revealed that he was traveling too quickly around bends, Richey said.

Firefighters were made aware of the incident on Monday by the shipping firm, which had been in touch with the owner of the bees. According to Richey, the business claimed that the owner requested that they blast the pests with firefighting foam for liability and safety concerns.

Julie Arthur, head of the Wasatch Beekeepers Association, told The Post that the fire retardant is fatal to bees and that only around 10% of them survived. She calculated that 2.5 million bees were saved by volunteer beekeepers.

According to Arthur, the bees would be utilized to pollinate food crops on the West Coast.