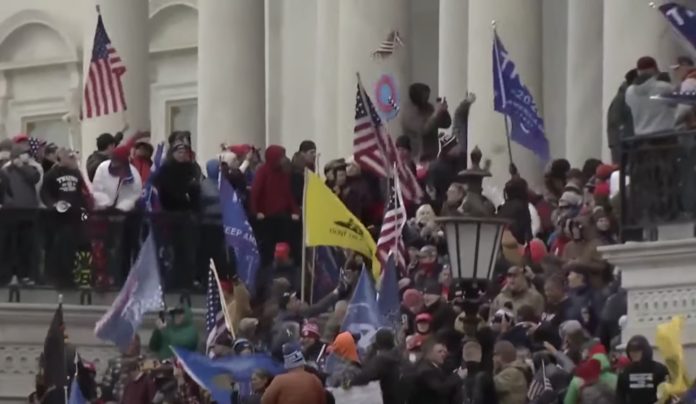 According to the U.S. Capitol, the events of January 6, 2021 were not the result of an organized plot against the presidential election result.

Democrats propagandized a false narrative that January 6, 2021 was an attempt to reverse the presidential election results.

Officials say there is no evidence to support this claim. Contrary to popular belief, 96% of the cases are “one-off events” and only 4% can be attributed to different militia-type groups. They were not coordinated centrally.

According to Reuters, officials state that Jan. 6th events at the U.S. Capitol were a mistake. Not “the result of an organized plot to overturn this presidential election result.”

“FBI at this point believes the violence was not centrally coordinated by far-right groups or prominent supporters of then-President Donald Trump,” the report continued.

It continued,“The FBI has so far found no evidence that he [President Trump] or people directly around him were involved in organizing the violence, according to the four current and former law enforcement officials”

Trump is falsely connected to the alleged inciting or organization of the Jan. 6th events, which were wrongfully blocked by social media platforms.

An ex-law enforcement officer with knowledge of the investigation said, “Ninety-five to ninety-five percent of these are one-off incidents.”

He Said, “Then you have five percent, maybe, of these militia groups that were more closely organized”

He concluded that Roger Stone and Alex Jones had no grand plan to storm the Capitol and seize hostages.