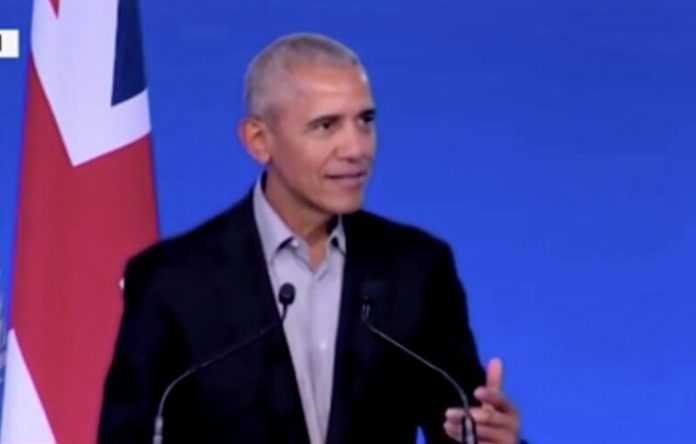 Obama couldn’t stay away from gushing about his presidency for more than a few minutes. It turns out that some things don’t change.

Obama was frightened by climate change and gave a speech in which he predicted that the world would end soon, Obama couldn’t help but talk about himself and his current lifestyle since leaving the Oval Office.

“Traffic is a thing again. Music doesn’t play when I walk into the room. On the positive side, I can give a speech like this without wearing a tie and not create a scandal back home,” stated the failed 44th President.

“I hope. But even though I’m not required to attend summits like this anymore, old habits die hard. And when the issue at hand is the health of our planet, and the world our children and our grandchildren will inherit, then you will have a hard time keeping me away. And that’s why I’m here today, to talk about what’s happened in the six years since I spoke to the United Nations Climate Change Conference in Paris and to talk about the steps we need to take if we want to keep doing big things. Because when it comes to climate, time really is running out,” he stated, trying to incite fear among the audience.

Obama made more than six times a reference to himself during his brief rant. He seems more self-absorbed than ever.

What are your thoughts on Obama’s obsession with him?