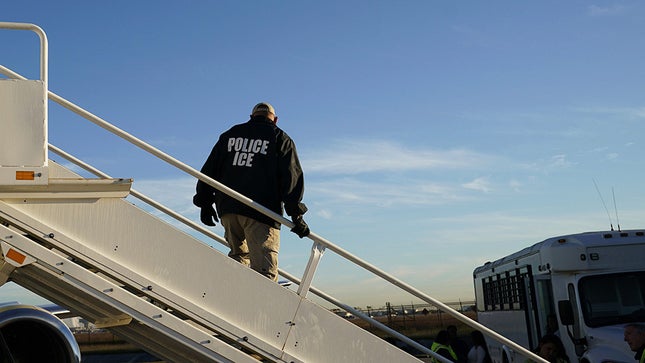 As an alternative to traditional detention, a surveillance program is monitoring the records of 136,026 migrants. The Hill reports.

This is an increase in the 86,000 migrants that were being monitored at beginning of the year.

This surveillance is part of the Immigration and Customs Enforcement’s Intensive Supervision Appearance Program.

According to The Hill, it was established in 2004 to monitor people involved in removal proceedings. It uses a combination of home- and field office visits as well as court tracking and electronic surveillance.

Participants in the program will need to wear ankle monitors or use a voice reporting system.

“It looks like the growth really started after Joe Biden took office,” Austin Kocher, a research associate professor at Syracuse University who tracks immigration figures, told The Hill. “The administration is somewhat loath to have detention numbers go too high because they were low during the pandemic, for good reason.”

The Hill reported that ISAP participants spend on average 615.1 days in the program. It is billed as an alternative for detention. Despite this, the number of immigrants in ICE custody has almost doubled to more than 22,000 while those in ISAP have also grown.

Immigrant rights groups also called for the end of ISAP.

“We are steadfast in that we must end the criminalization of immigration,” Aly Panjwani, a Take Back Tech fellow at Just Futures Law, said. “We can’t replace these brick and mortar prisons with high-tech ones because it’s just perpetuating the same carceral approach to immigration that the [Department of Homeland Security] has had since its founding.”

According to Bloomberg, a record number of migrants are seeking asylum at Mexico.

In just the last 10 months, 108,195 migrants have sought asylum in Mexico, Andres Ramirez, director of the country’s refugee office said. The figure represents a 73% increase from the same period in 2019, which recorded the previous record high.