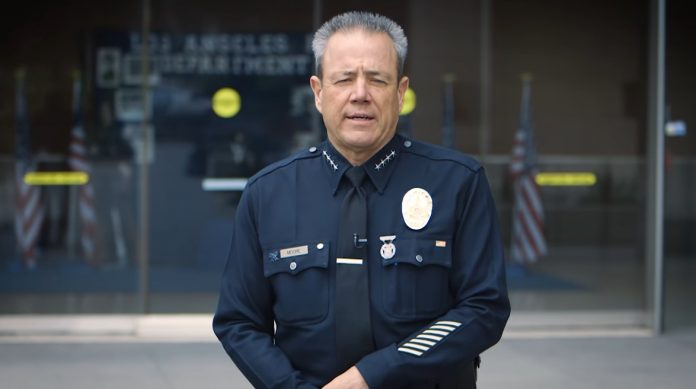 Michel Moore, Los Angeles Police Chief, stated that he intends to enforce the vaccine mandate for the city and is ready to fire anyone who does not comply.

Moore’s position is different from that of Los Angeles County Sheriff Alex Villanueva. Villanueva recently stated that he would not comply with the mandate as it could lead to increased crime and the departure of thousands of officers.

Los Angeles mandates that all employees who are not vaccinated by December 18 must be inoculated. Unvaccinated employees must be tested at their own cost twice per week until then. The cost of testing will be covered by religious or medical exemptions.

Moore stated to CBS MoneyWatch, that the LAPD’s goal is to have a fully-vaccinated workforce in order for everyone’s safety and well-being — civilian workers, officers, and the general public.

“I believe the mandates are lawful as they are currently defined,” Moore told MoneyWatch.

According to the police chief, more than 60% of department employees were notified about COVID-19 rules individually. As of Monday morning, all but four of them had either agreed to be vaccinated or requested an exemption.

Moore stated that the four employees who were sent home in anticipation of disciplinary hearings could be fired if their decision is not changed.

CBS News reported that almost 8 out 10 LAPD officers were fully vaccinated. 78% had received at least one dose.

“Requirements have a role — having a bottom line is helping us right now,” Moore said.

A union representing LAPD officers requested a temporary restraining order against the mandate but it was denied by a judge Wednesday.

“I will not comply at all. The only thing mandatory for me right now is defiance,” LAPD officer Mike McMahon told CBSLA.

McMahon is a 14-year veteran in the police department and predicted that the requirement for vaccination would lead to a mass exodus.

Moore felt the need was urgent. “We have individuals in the hospital today, one in very serious condition, and about 85 at home recovering,” he said.

Villanueva has, however, defied all other health orders during this pandemic. He stated last month that he would not have his deputies enforce a mandate that requires vaccinated or unvaccinated persons to wear masks in indoor public settings.

The Associated Press contributed to this story.