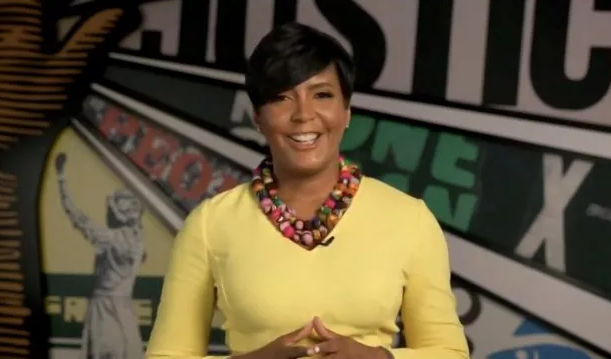 Keisha Lance Bottoms, a White House assistant, was questioned by Martha Raddatz of ABC News on Sunday about whether President Joe Biden had “given up” on the 70 million GOP voters.

On Thursday, former president Donald Trump and other “MAGA Republicans” came under fire from Biden during an emotional speech in Philadelphia for their threats to democracy. Relations between Republicans and Biden, who has traditionally emphasized his readiness to work with them, became more tense after the speech, which was praised by many Democrats for being a scathing rebuke of Trump’s charges of 2020 election fraud.

“But there’s no question that the Republican Party today is dominated, driven and intimidated by Donald Trump and the MAGA Republicans. And that is a threat to this country. These are hard things,” Joe Biden said in his speech.

GOP critics denounced Biden, accusing him of escalating political conflict and demonizing Trump supporters and other conservatives. During an interview on ABC News’ This Week, Bottoms, a former Atlanta mayor who now directs the White House’s Office of Public Engagement, supported the president.

Using an analysis from the think tank Institute for Strategic Dialogue, Raddatz pressed Bottoms on whether or not the speech was excessively divisive. Raddatz claimed that the analysis revealed a spike in online discussion about Biden singling out MAGA Republicans being interpreted as a declaration of war against Trump supporters.

Bottoms said that these accusations were the most recent example of Trump backers fabricating information. Bottoms said she saw the speech as the president reaching out to all Americans, regardless of how they voted, while Biden detractors saw it as divisive.

She stated, “What I see in this speech—I see words of encouragement. I see optimism. I see a commander-in-chief who is calling out to all of us, no matter our political affiliation.”