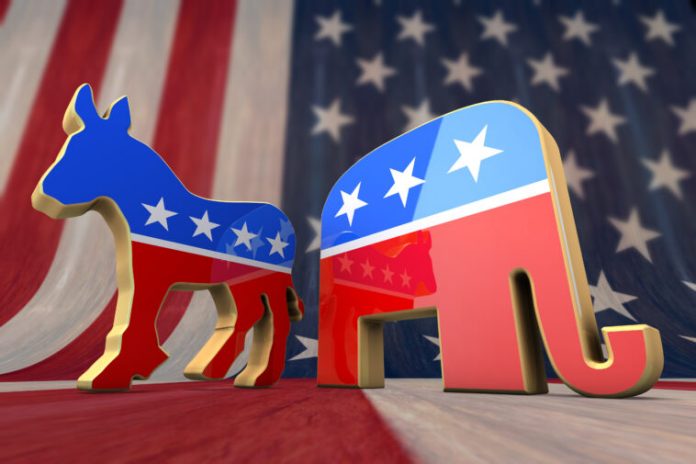 Senate Republicans are preparing as Democrats adopt a novel tactic to pass their health care, tax, and climate change legislation without the help of the opposition party.

Republican leaders staged a news conference where they screamed at Sens. Joe Manchin (D-West Virginia), Kyrsten Sinema (D-Ariz.), and Chuck Schumer (D-N.Y.) for endorsing the Democratic proposal a day before the Senate was supposed to start discussing it.

Sens. Roger Marshall (R-Kansas) and Graham (R-South Carolina) threatened to vote against a significant funding package if the effort was not adopted before the funding deadline in September as that date drew near. The Democrats are attempting to enact their Inflation Reduction Act through a technical process known as budget reconciliation.

Sen GRAHAM previews the weekend consideration of the Inflation Reduction Act: "What will vote-a-rama be like? It'll be like hell."

Democrats will be able to pass a bill with a simple majority in the 50-50 Senate, bypassing the traditional 60-vote barrier, adopting the same strategy Republicans used to pass Trump’s signature tax overhaul in 2017.

Democrats can utilize this tactic to pass the bill, but they must first clear a number of obstacles before taking the matter to the floor for a vote. This includes “vote-a-rama,” a drawn-out and sometimes tumultuous voting marathon in which senators offer a series of legislative amendments in an effort to change the law before the final vote on the entire statute.

The upcoming legislative session is expected to be difficult, so Republicans have been preparing strategies to harm their Democratic rivals as much as they can. Sen. John Barrasso (Wyo.) listed inflation, the border, and crime as current GOP focus points at a news conference.

Prior to the drawn-out vote, several Republican legislators had kept their amendment ideas a secret. Sen. John Kennedy (R-La.) refused to provide details when pressed on Thursday, saying that he prefers it to remain a shock.

Republicans have expressed hope that some of their revisions may be incorporated into the entire proposal despite their fierce opposition to the package, in the event that it would make the legislation’s passage in the House more challenging. However, Republicans are concerned that Democrats would propose a wraparound amendment that would enable them to repeal any measure made during the current session.