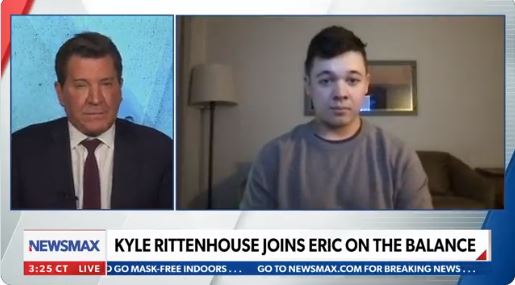 During his 2020 presidential campaign, Vice President Joe Biden published an ad and a tweet in which he implied that Kyle Rittenhouse, the youngster who defended himself against a crowd of violent Antifa radicals in Kenosha and shot three of the mob’s attackers, was a white supremacist.

There’s no other way to put it: the President of the United States refused to disavow white supremacists on the debate stage last night. pic.twitter.com/Q3VZTW1vUV

Of course, it’s absurd. Trump was neither a white supremacist nor a supporter of racists.

As Biden’s tweet demonstrates, he is one of those who wrongly and cruelly branded the young man as a white supremacist. Kyle has now stated that he would like an apology.

Rittenhouse recalls, “I tried reaching out to him five times to have an interview, but he was too cowardly to sit down and talk to me. So we may be sending him a letter.”

Though he does not explicitly state that he will sue the president, the threat is implied. Rittenhouse is seeking an apology, and for good reason- as Tucker pointed out, it’s difficult to find work after being slandered and called a white supremacist by the media and public officials. Rittenhouse can only clear his name by showing their charges to be libelous lies, which requires Brandon to confess he was wrong.

If Biden fails to apologize and retract, if he insists in calling Rittenhouse a white supremacist, Kyle has the option of filing a lawsuit, which looms in the backdrop of his demand for an apology.