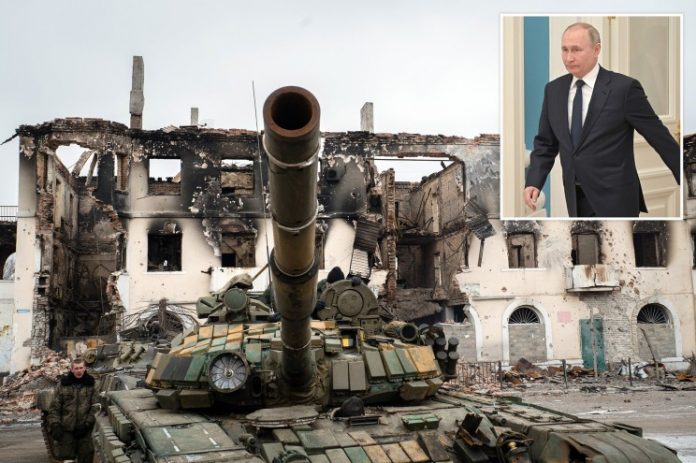 Because of what he termed as provocative declarations by Western opponents, Russian President Vladimir Putin ordered his country’s nuclear weapons to be prepared for heightened readiness to fire on Sunday.

Putin’s decision to put Russia’s nuclear weapons on high alert has enhanced the possibility that the Russia-Ukraine conflict would escalate into a nuclear conflict.

Putin authorized the Russian defense minister and the chief of the military’s General Staff to place the country’s nuclear forces on a special combat duty regime during a meeting with top Russian officials.

The move, said to White House Press Secretary Jen Psaki, is part of a larger pattern of Putin escalating hostilities based on fabricated threats.

However, Belarus President Alexander Lukashenko, a close ally of Putin’s, warned on Sunday that the West’s sanctions against Russia are provoking a third global war.

Street combat erupted in Kharkiv, Ukraine’s second-largest city, as part of advances that appeared to be part of a new phase of Russia’s invasion of its western neighbor.

Russian military had remained on the outskirts of Kharkiv, a metropolis of 1.4 million people, until Sunday. Videos aired on Ukrainian media and social media showed Russian vehicles driving across Kharkiv and Russian troops wandering the city in small groups. In one video, Ukrainian troops can be seen firing at Russians and abandoning Russian utility vehicles nearby.

It also came as the battle for Kyiv raged on in Ukraine as the sun rose on Sunday morning.

As Russian forces resumed their siege on Kyiv, Ukraine’s capital, it resisted attacks for the fourth night without surrendering to defeat.

According to Zelensky, Russia’s airstrikes on Ukrainian cities should be examined by an international war crimes tribunal, and Russia’s position as one of the five permanent members of the United Nations Security Council should be jeopardized.