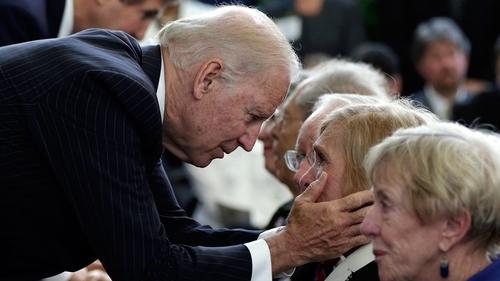 Joe Biden is not receiving a lot of support from his party in the race for president in 2024.

Democrats in the Senate and the House are avoiding questions about whether they would personally back a bid for president by Joe Biden in 2024. Other Democrats are also producing op-eds in which they argue that Biden has no business running for re-election.

All indications, up until recently, were that the 46th president wouldn’t skip the 2024 race. After all, the White House has been shouting from the rooftops that Biden would run once more, this time with Kamala Harris, the vice president.

Maloney discussed a variety of topics during an interview, ranging from congressional term/age limitations through the 2024 presidential election.

At this point, the congresswoman from New York asserted that Biden is not running again and should not run for office again. Maloney said that her comment about the president not running for reelection should go off the record, but the newspaper refused to do so.

The Democratic congresswoman then said that Biden shouldn’t seek re-election to the White House.

With her remarks, Maloney became the first elected official to openly declare that Biden wouldn’t be running for reelection.

We will have to wait and watch whether Biden runs for re-election to the White House. Nevertheless, the president is continuously subjected to negative coverage.

Biden isn’t doing so well politically due to a variety of suspected criminal wrongdoings of his son Hunter as well as inflation, gas costs, illegal immigration, and a long list of other difficulties.

Despite the administration’s public assertions that the country is doing well, his poll ratings have constantly been in the negative territory.

The country is experiencing severe shortages under Biden, including those of teachers, computer chips, infant formula, tampons, and other goods. The supply system is still in disarray despite these constraints, and the country hasn’t emerged from a slump.

Taking everything into account, these aspects could be the reason why Rep. Maloney informed the New York Times that Biden won’t be running for re-election.