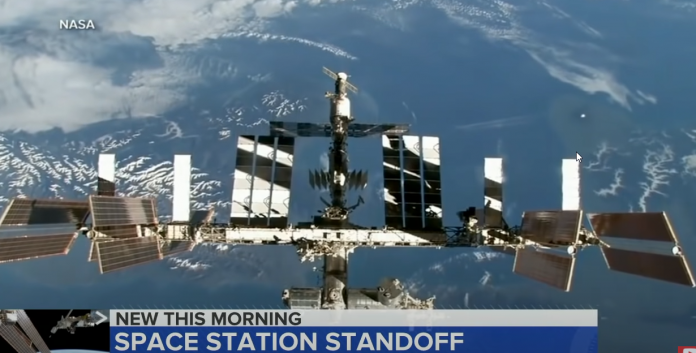 Moscow intends to leave the International Space Station due to sanctions imposed on Russian organizations as a result of the country’s invasion of Ukraine, but it has not specified when it would do so.

According to Russian official media Tass and RIA Novosti, Roscosmos General Director Dmitry Rogozin has already made a decision and is not obligated to discuss it publicly.

Until until, one area of collaboration between Russia and the United States was the International Space Station. Three Americans and one Italian astronaut landed at the space station on Wednesday, joining three Americans, three Russians, and one German already aboard.

Since retiring the space shuttle program in 2011, NASA aims to operate the space station until 2030, using Russia’s Soyuz spacecraft to transport humans there.

However, commercial space trips are becoming more common, as seen by the employment of Elon Musk’s SpaceX to transport American and Italian astronauts to the International Space Station on Wednesday.

Meanwhile, according to Tass, Rogozin underlined that the work on the space station is determined by the Russian government and President Vladimir Putin. He stated that the Russian Federation will continue its operations there until 2024.

This activity will be significantly tied, first and foremost, to displaying not just our stance toward what is going on in the globe, but also our preparedness to deploy the Russian Orbital Service Station, according to Rogozin. Work on Russia’s station is now underway, he said.

In a meeting with State Duma lawmakers from the country’s Liberal Democratic Party, Rogozin claimed that Russia’s continuous work on the space station is ineffective at the moment, and that large sums of money would be necessary to keep it working until 2030, otherwise it will break apart.