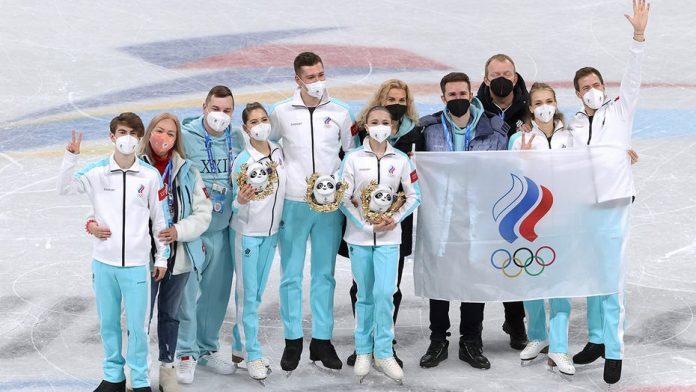 The gold medalists in the team figure skating competition at the Beijing Olympics have yet to get their medals, according to sources. The delay is said to be due to a positive drug test by one of the gold-winning Russian team members.

The ceremony to give gold medals to the Russian team, silver to the United States, and bronze to Japan was canceled late Tuesday. Legal concerns, according to the International Olympic Committee, are delaying the presentation.

Reporters questioned the Kremlin about the matter on Wednesday, amid speculation that six Russian skaters’ gold medals would be jeopardized.

The men’s, women’s, couples, and ice dance categories each had two parts in the team event, which took place over three days between Friday and Monday.

Kamila Valieva, a 15-year-old Russian skater, made history by being the first female skater to land a quad leap at an Olympic Games. After his free skate on Sunday, American Vincent Zhou tested positive for COVID-19.

If any athlete or team is disqualified or their results are overturned, an appeal will almost certainly be filed, delaying the medal presentation even more. During the Winter Games, the Court of Arbitration for Sport has opened an office in Beijing to consider urgent matters.