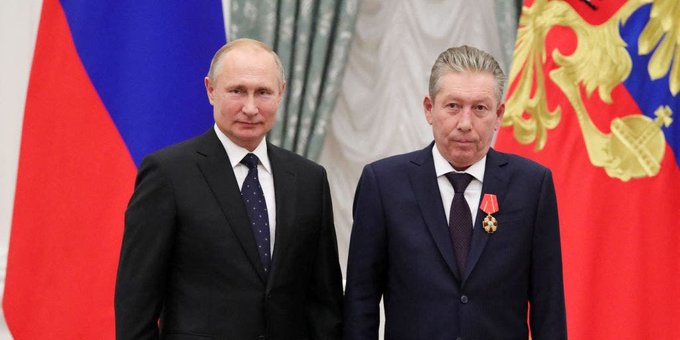 The chairman of an oil company that denounced Russia’s invasion of Ukraine, Ravil Maganov, is said to have passed away on Thursday after falling from a hospital window.

He is the most recent of a number of well-known Russians who have passed away in what appear to be related circumstances, albeit the exact cause of death has not yet been determined.

The second-largest oil company in Russia, Lukoil, confirmed Maganov’s passing and stated that a significant illness preceded it.

He was reportedly discovered dead by medical employees after jumping out of a sixth-floor window of a Moscow hospital, according to Russian media.

This comes after many instances of well-known Russians passing away through window falls.

Yegor Prosvirnin, the creator of the nationalist websites Sputnik and Pogrom, passed away in December 2021 after jumping out of a window of a residence in the heart of Moscow.

Before the fall, he is said to have thrown a knife and a gas canister out the window.

A civil war and the dissolution of the Russian Federation were subsequent predictions made by Prosvirnin, who had initially backed Russia’s annexation of Crimea in 2014.

According to Der Spiegel, a Russian ambassador was discovered dead on October 19, 2021, after falling from a window of the Russian embassy in Berlin.

The man worked as the embassy’s second secretary, but German security sources told the newspaper they believed he was a covert agent for Russia’s Federal Security Service (FSB).

The murdered man was identified as Kirill Zhalo, the son of General Alexey Zhalo, deputy director of the FSB’s Second Service, by the investigative publication Bellingcat using open-source data.