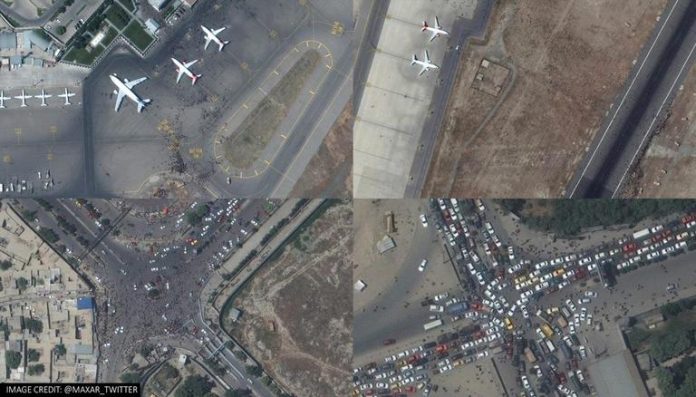 A few weeks after the US troop withdrawal, many Americans or Afghans holding US visas, including citizens from other nations, are still stuck in Afghanistan – According to reports

A New York Times report says that the situation at an international airport is in crisis. The Airport is called Mazar-e-Sharif and It is very similar to the events that happened at Kabul’s airport just a few days back.

According to reports, people are waiting for the Taliban Clearance for flights out of the country.

Mike Mccaul, a senior Republican on the US House of Representatives foreign policy committee, told a US television station that six planes carrying Americans and Afghan interpreters had been stuck at Mazar-e-Sharif Airport.

According to reports, the planes could not take off because there was no Taliban clearance. Mccaul claimed that the Taliban fighters were holding passengers “Hostage” for demands in exchange for approving the flights.

“We have six planes at Mazar-e-Sharif airport with American citizens on them including interpreters and the Taliban is holding them hostage for demands right now,” Mccaul told the television channel.

Zabihullah Mujahid, a Taliban spokesperson, said that this was not true. Our Mujahideen do not have any relationship with Afghans. This is propaganda, and we reject it.

This controversy emerged amid real-time photos that were taken at Kabul’s Hamid Karzai International Airport. The images show Americans and Afghans congregating at the airport, causing chaos. Reports indicated that at least 20 people were killed in the chaos caused by the evacuation.

The situation was further exacerbated by a terrorist attack at Kabul Airport, where 13 US military personnel were killed, including many Afghans.

“US State Department has cleared these flights and the Taliban will not let them leave the airport. My concern is they’re going to demand more and more whether it be cash or legitimacy as the government of Afghanistan,” Mccaul claimed.

Multiple reports dispute these claims. Sources at newswire Reuters claim that it is incorrect to call the passengers “hostages”.

Retired US Marines Major involved in organizing the flights claims that the Taliban have not taken the planes hostage.

A spokesperson for the US State Department stated that although there is no reliable way to confirm details of charter flights, the US will keep the Taliban accountable to their promise to allow people to leave Afghanistan.

Mike Waltz, a Republican Representative, has asked the State Department for assistance with non-governmental organizations that help to evacuate Americans and “at risk” Afghans.