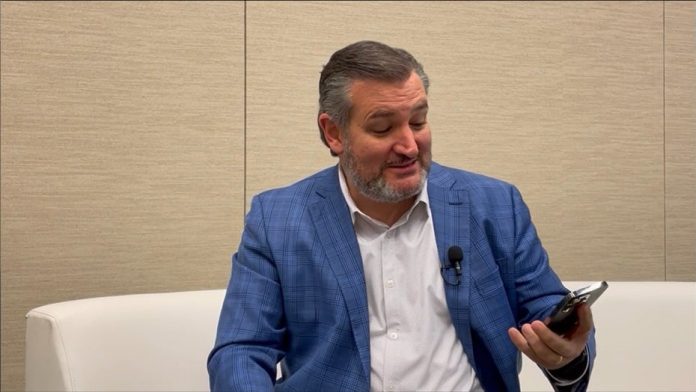 If you’re not actually nominated the first time at least, keep trying?

Sen. Ted Cruz of Texas said on Wednesday that he would be “absolutely” open to running for president again in the future, recalling his previously failed 2016 campaign in which he came in second place.

“Absolutely, in a heartbeat,” Ted Cruz said in a question and answer session with the Truth Gazette.I ran in 2016. It was the most fun I’ve ever had in my life.

Ted Cruz elaborated on his direct response, seriously claiming that his second-place performance in 2016 nearly assured him a second run for the White House, given the history of former GOP runner-ups.

EXCLUSIVE: I asked Sen. @TedCruz if he would ever consider another run for President.

His response: “Absolutely, in a heartbeat. I ran in 2016…very strong field and I ended up placing 2nd.”

“…there’s a reason historically that the runner up is almost always the next nominee.” pic.twitter.com/5U3EhkqgXp

In early November, Ted Cruz told Fox News, “History shows the runner-up in the Republican Party is almost always the next nominee.”

In a Fox News Digital discussion, the two-term senator also clearly stated that “when I ran in ’16, it was the most fun I’ve had in my life,” and that he is definitely considering another White House candidacy in 2024.

'24 WATCH @tedcruz -at #RJCinVegas -tells @FoxNews “History shows the runner up in the Republican Party is almost always the next nominee. We’ll see what President Trump decides to do but I am going to fight to pull this country back from the abyss" #2024election #FITN #iacaucus pic.twitter.com/73O9siPMnG

“There are really three things I’m focused on right now in the Senate,” Cruz said at a general appearance at Turning Point USA’s AmericaFest about what Ted Cruz is  doing to help Republicans get elected across the country ahead of the 2022 midterms. “Number one is leading the fight stop every dumb—- thing Biden and Pelosi and Schumer are doing.”