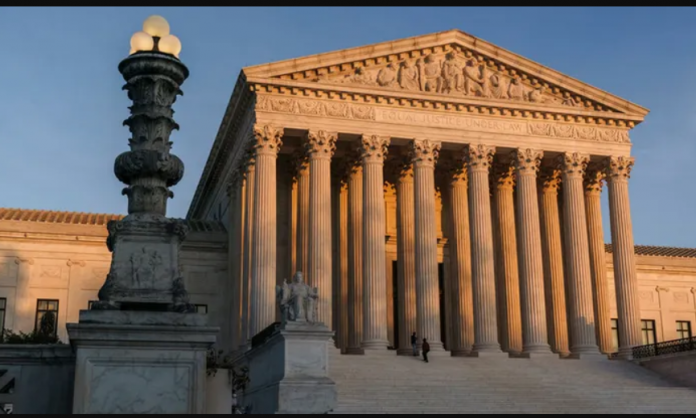 On Thursday, the Supreme Court declined to stay a lower court decision that limited the Biden administration’s ability to focus on deporting those illegal immigrants who represent the greatest threat to public safety.

The result was a 5-4 decision in favor of the conservative Justice Amy Coney Barrett, who agreed with the liberal Justices Sonia Sotomayor, Elena Kagan, and Ketanji Brown Jackson that the Biden administration should have been permitted to implement the instruction.

In accordance with the court’s ruling, the policy is currently national and will remain so until the court hears arguments later this year.

Following conflicting rulings by federal appeals courts regarding a directive from the Department of Homeland Security that halted deportation unless people had committed acts of terrorism, espionage, or grave threats to public safety, the justices acted on the administration’s emergency request to the court.

In a case brought by Arizona, Ohio, and Montana, the federal appeals court in Cincinnati earlier this month rejected a district judge’s decision to halt the policy.

However, a federal court in Texas halted the instruction nationally when Texas and Louisiana filed a separate lawsuit, and a federal appeals panel in New Orleans declined to intervene.

Texas and Louisiana said in their Supreme Court submission that the administration’s direction is against federal law, which mandates the detention of those who are in the country unlawfully and who have been convicted of severe crimes. The states said that having to jail persons that the federal government might permit to remain free inside the country despite having criminal histories would incur additional expenditures.

The guideline, released following Joe Biden’s election as president, modified a Trump-era directive that excluded illegal immigrants regardless of their criminal records or links to the community.