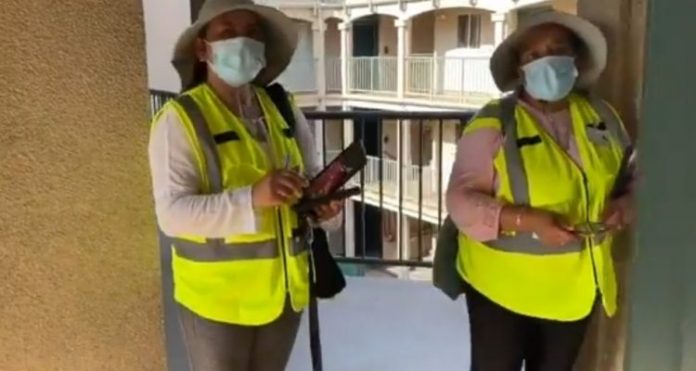 It has been reported previously that vaccine agents plan to travel door-to-door to get every household vaccinated. And it did not take too long.

Biden finally implemented his plan just days after it was first announced. On Wednesday, a video was released showing vaccine agents selling the experimental jab on the streets of Charlotte in North Carolina.

Video shows Health department workers joining vax-peddlers to harass and vaccinate residents at their doorstep. They want to eliminate any excuses people might have for not making decisions about their health.

They make sure that people cannot send them away by saying “would get vaccinated, if you turn down a jab at the door you will surely make their ‘list.”

Recent pilot programs in High Point, North Carolina have shown that there is a greater chance of citizens being confronted with needles and forced to get vaccines at home.