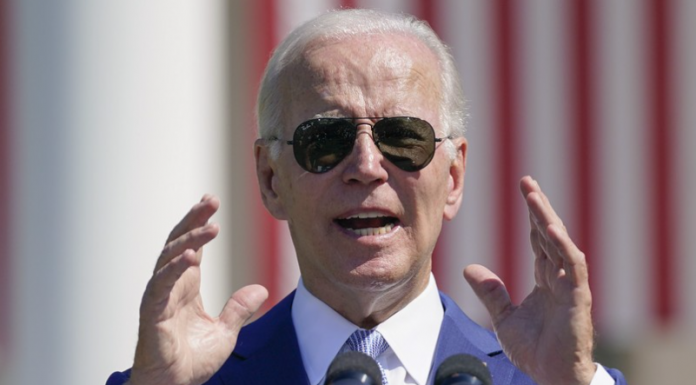 The terrible actions of Biden, who will age 80 on November 20, humiliated and weakened the United States in the eyes of the majority of the world, including our NATO partners, and caused misery for tens of millions of industrious Americans.

According to a study conducted in July, 88% of American adults think the country is headed in the wrong direction. Additionally, according to a recent survey, 59 percent of respondents are either “very concerned” (36 percent) or “somewhat concerned” (23 percent) about Biden’s mental health.

Rep. Carolyn Maloney (D-NY), head of the House Committee on Oversight and Reform, acted in exactly that way.

Should President Biden run again? was a question that the top Democrat was asked in an interview with The New York Times editorial board that was published on Saturday.

“Off the record, he’s not running again,” she retorted.

Democratic Rep. Carolyn Maloney botches apology to Biden for saying he won't be on 2024 ticket in very awkward interview https://t.co/fvj2NxO96T

The Times skillfully bundled the query with four other yes-or-no inquiries in an apparent effort to save Maloney and itself from having to justify why Biden shouldn’t run for reelection in 2024.

According to my RedState colleague Sister Toldjah, Maloney’s most recent double backflip began in early August when she and fellow New York Representative Jerry Nadler were questioned about whether or not Biden should compete for reelection.

The very following day, Maloney changed her mind, retracting her remark and uncomfortably apologized to Biden for it.

“Mr. President, I apologize. I want you to run. I happen to think you won’t be running, but when you run or if you run I will be there 100 percent. You are a great president. And thank you for everything you’ve done for my state, and all the states and all the cities, in America. Thank you, Mr. President.”