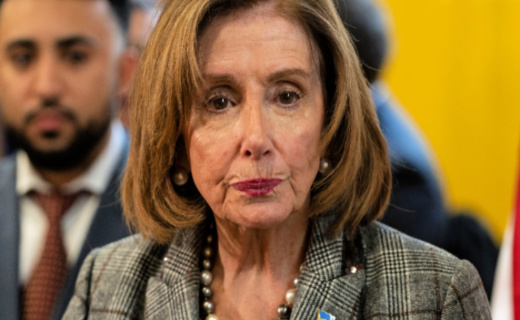 During his visit to the lovely, cheese-producing state of Wisconsin for a Friday night event that was intended to help Republican governor candidate Tim Michels, President Trump completely blew out on Nasty Nancy Pelosi.

Trump did, at least in part, stick to the script on that matter, praising Michels while bragging about his own track record of backing victorious candidates and highlighting his recent streak of triumphs in this week’s primaries, notably in Arizona. Two Republicans who are firmly on the MAGA side of the MAGA and Conservative, Inc split within the GOP are Kari Lake and Blake Masters.

For the Wisconsin residents he was speaking to, Trump also made remarks on the victories of Michigan politicians he supported. Trump concentrated on two recent victories: Tudor Dixon’s victory in the Michigan governor primary and John Gibb’s victory over Rep. Peter Meijer, a RINO who was one of the few Republican turncoats to vote to impeach Trump.

However, even while Trump praised those triumphs and used them to infer that Michels is likewise a winner who would prevail in the forthcoming Wisconsin primary, his major focus was on savagely attacking the Democrats.

And among the many left-wing targets at his disposal, Trump largely targeted Nancy Pelosi and Joe Biden.

“What was she doing in Taiwan? She was China’s dream. Everything she touches turns to you know what.”

Later, he attacked Joe Biden, stating that it would have been simple and quick for him to construct the border wall after Trump left office, but that he refused to do it in order to make America secure. He slammed into Biden for not spending the extra few weeks required to do so.

In a broader sense, he attacked Biden, stating he was worse than the sum of all the worst presidents in US history and that the harm he had caused was far worse than what that sum might have been.

“You can take the five worst Presidents in American history and put them together and they would not have done the damage Joe Biden has done to our country in less than two short years.”