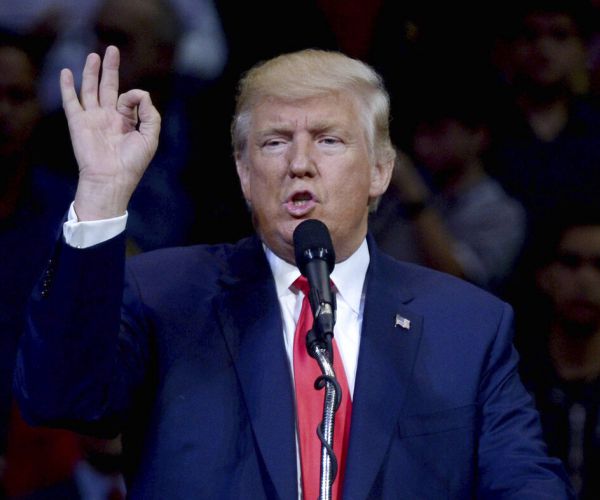 Trump, the former President, will host a rally to “celebrate America” in Sarasota on July 3, Trump’s Save America PAC announced Thursday.

Trump will hold his first post White House rally Saturday in Wellington Ohio. This is one of many signature gatherings that will take place in the coming weeks.

The rally at Lorain County Fair is about 40 minutes from Cleveland. This will be Trump’s first address to supporters since his Jan. 6 rally in Washington D.C., before the attack on U.S. Capitol.

The Ohio rally was organized to support Max Miller’s House campaign. Miller is currently challenging Rep. Anthony Gonzalez (R-Ohio). After the Capitol assault, Gonzalez was among 10 House Republicans that voted to impeach Trump.

According to the Save America statement, the July 3 rally would be held at Sarasota Fairgrounds. It will include a huge fireworks display to celebrate America after President Trump’s comments to close a full-day event to commemorate our Great Country!

Save America stated that the Sarasota rally would demonstrate “President Trump’s continued support for the MAGA agenda, accomplishments of his Administration”

The “45 Fest” will begin at 2 p.m. Doors will open for live music, food concessions, merchandise giveaways and special guest speakers.

Trump will speak at 8 p.m. with fireworks following.

It is possible that other rallies will be planned.

Trump stated last month that he would do one in Georgia and one in North Carolina.

He will also speak during the CPAC’s July conference at Dallas.

Trump has mostly expressed his opinions since his resignation through statements and television interviews with Newsmax or Fox News.