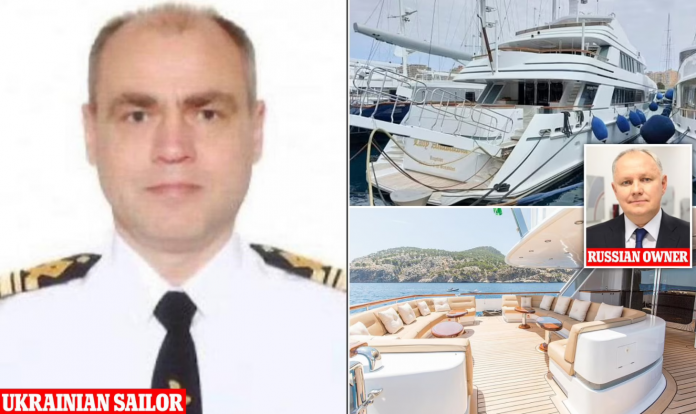 In protest against the Kremlin’s invasion of Ukraine, a Ukrainian man was detained in Spain for partially sinking his Russian oligarch boss’ $7.7 million luxury super yacht.

According to the Majorca Daily Bulletin, Taras Ostapchuk, 55, was arrested on Saturday in Mallorca after reportedly purposefully flooding the 156-foot-long sailboat by opening multiple valves.

The yacht Lady Anastasia is owned by industrialist Alexander Mijeev, the CEO of Rosoboronexport, a Russian military weapons manufacturer.

After seeing news stories about Russia’s invasion of Ukraine, Ostapchuk stated he was inspired to damage the luxury yacht.

As he stood in front of the judge, Ostapchuk stated that they were attacking innocent people.

He informed the judge that he had no regrets and that he would do it again.

The yacht’s engine room is said to have been severely damaged.

Ostapchuk, who had worked as a mechanic on the yacht for ten years, was later released and has since departed Spain.

“I told myself: ‘Why do I need a job if I have my country. I had a good job as a head mechanic on the boat and a good salary but I am going to fight for my nation.”

”I am not going to lose my country. I am not a hero, I’m a middle-aged man, but I have a lot of experience as a mechanic.”

“I’ve never held a weapon but if necessary I will. Why not! ”

He intends to return to his homeland of Ukraine to assist in the struggle.