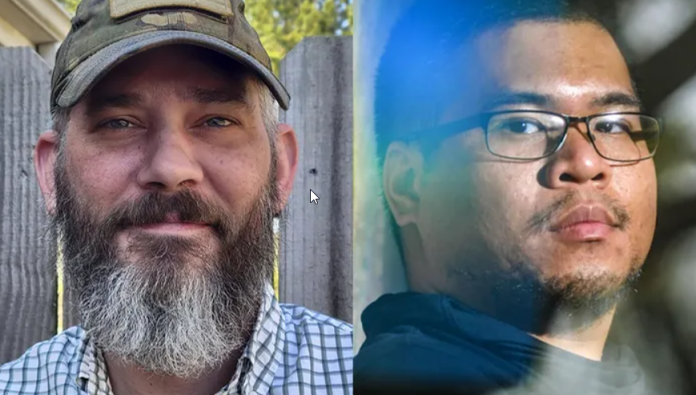 Two American military veterans who went missing in Ukraine last week were seen on a Russian television program informing their families that Russian rebels had kidnapped them.

The missing men, Alex Drueke and Andy Huynh, both from Alabama, were first seen since they went missing on June 9 in footage released by Russian news source RT on Friday.

Drueke’s aunt, Dianna Shaw, claimed the video featured a secret phrase and gesture they had discussed during his prior missions in Iraq, confirming his identity and letting her know he was well.

The two Americans were separated from their group when they approached a Russian patrol and surrendered, according to the story presented by RT in English. The guys are being held by separatist fighters supported by Russia, according to the article.

Neither the United States nor Russia have verified that American men are being taken captive.

The US administration previously stated that any Americans taken in Ukraine should be treated as prisoners of war and hence protected as combatants under the Geneva Conventions. International fighters, on the other hand, will be deemed mercenaries and will not be protected, according to Russian military authorities.

A reporter asked President Joe Biden about the missing Americans on Friday.