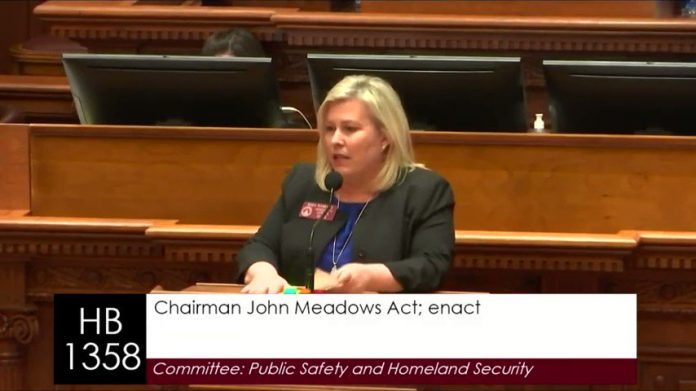 It is not an exaggeration to say that Democrats despise you. They despise everything about you that makes you, well, you. That freedom encompasses the ability to think, do, talk, and act.

Representative Shea Roberts went on an insane rant against Georgians’ rights to defend themselves against ever-increasing Democrat-created crime, which is the latest example in Democrats’ continuous march against individual sovereignty and our pursuit of securing life, liberty, and property. The state’s planned constitutional carry bill was at question.

The concept of liberty isn’t infinite. Freedom only extends as far as it does not impinge on the freedom of others. This shouldn’t be a tough concept to grasp, but then again, Democrats wouldn’t be Democrats if they could grasp simple principles.

Surprisingly, at the same time that Democrats have a fit about the idea of a law-abiding citizen carrying a legally possessed gun, they go out of their way to make infanticide lawful (i.e. murder). In other words, they act as if they care about other people’s lives by yelling about an American walking around town with a firearm that, while unlikely to be used to harm anyone, could be used in self-defense or the defense of others, while simultaneously enacting legislation that formalizes truly heinous and evil acts of fetal evisceration and fragmentation.

In adjacent Maryland, one of Roberts’ Democrat friends introduced new legislation that, on paper, allows for the neglect and/or murder of a newborn infant for up to 28 days after delivery. You can’t make a convincing argument against carrying a firearm while justifying any abortion, but making that argument while supporting the actual murdering of a human being after birth is a whole different level of psychopathy.