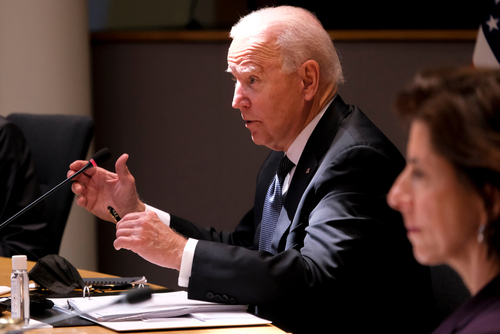 According to the White House’s almost $5.7 trillion budget, President Joe Biden plans to spend upwards of $11 billion on climate-related projects in other countries.

The proposal comes only weeks after Congress passed a $1.5 trillion omnibus spending bill for the rest of the fiscal year.

Biden's fiscal year 2023 budget proposal includes increased funding for security — both domestically and internationally — and reduces the deficit, the White House says, but officials admit inflation could continue to cause problems for the overall economy https://t.co/xvziJXI8FL

It would allocate $44.9 billion to combat climate change. Achieving this goal will result in an increase of $16.7 billion in climate-related spending from 2021 levels.

Global green energy investment would nearly triple as a result of this.

In addition, the budget would provide a $3.2 billion credit to the Clean Technology Fund, which now has $5.3 billion available to aid developing countries, according to its website.

This is intended to aid in the scaling up of low-carbon technologies with significant long-term potential for reducing greenhouse gas emissions.

Contributing billions to the UN fund, according to Marc Morano, a former George W. Bush presidential advisor, is similar to paying developing country governments to keep their citizens poor.

According to Morano, author of “Green Fraud: Why the Green New Deal Is Worse Than You Think,” the UN is likely to award the most money to leaders of countries willing to keep their populations impoverished.

Officials from the White House did not reply to a request for comment.