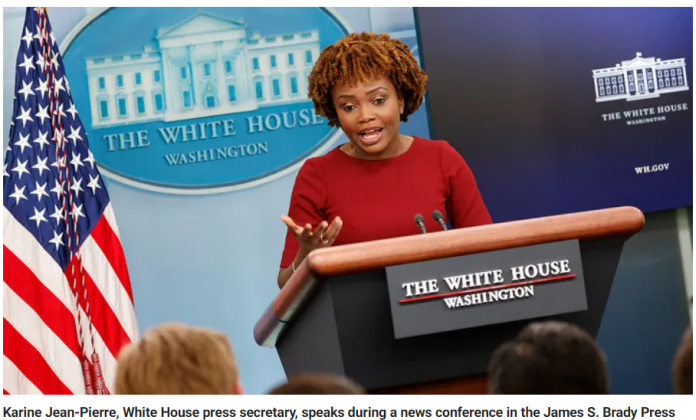 The White House changed its focus on Wednesday from Russian President Vladimir Putin’s invasion of Ukraine to energy firms, urging them to be patriotic and do more to bring gas prices down.

President Biden made the statements after calling on US oil refiners to produce more gasoline and diesel, claiming that profits had quadrupled during the conflict between Russia and Ukraine, while Americans struggle with record-high gas prices.

In a letter to seven oil refiners, Biden stated, “The crunch that families are facing deserves immediate action. Your companies need to work with my Administration to bring forward concrete, near-term solutions that address the crisis.”

Gas prices are averaging around $5 per gallon across the country, putting a financial strain on many Americans and posing a political danger to the president’s Democratic colleagues as the November elections approach.

Nonetheless, the government said on Friday that consumer prices had risen 8.6% year over year, the largest increase in over 40 years.

Oil companies have blasted the Biden administration for promoting a foolish green agenda while neglecting the economic consequences. In response to Biden’s letter, the American Petroleum Institute, which represents the sector, stated that its policy agenda has exacerbated inflationary pressures and created hurdles to firms’ daily attempts to fulfill rising energy demands while lowering emissions.

In the midst of a worldwide crisis that might force Europe and other areas of the world into recession, the president has fiercely attacked profiteering, declaring following a speech Friday that ExxonMobil made more money than God this year.

ExxonMobil reacted by stating that it has previously notified the administration about its plans to expand oil production and refining capacity.

Biden acted quickly after taking office, halting US oil development on public lands and canceling the Keystone XL project. This pipeline would have transported 870,000 barrels of oil per day from Alberta, Canada to Texas refineries.

Biden has begun releasing a million barrels of oil per day from the Strategic Petroleum Reserve as gas prices have risen to new highs.